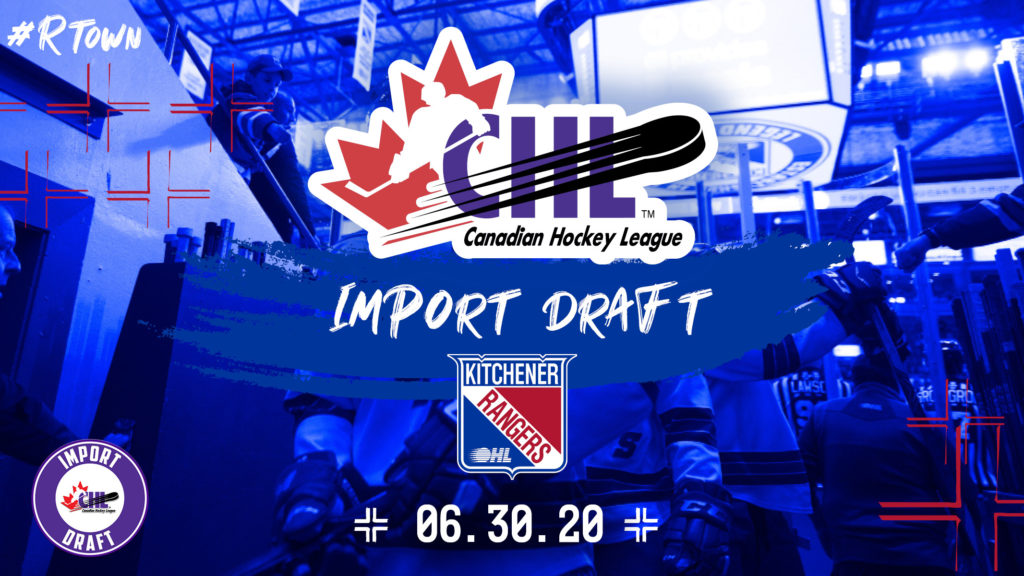 The Canadian Hockey League has announced that the 29th annual CHL Import Draft will take place on Tuesday June 30th beginning at 11:00 am EST.

The Rangers hold the 41st pick in the two-round online draft, with the order of selection rotating through each of the CHL’s three leagues and using an inverse order of each league’s final 2019/20 regular season standings.

The North Bay Battalion hold the number one overall pick.

Each team in the CHL is permitted to dress and play a maximum of two import players each season, who are selected annually through the CHL Import Draft process. Last year, the Blueshirts selected defencemen Axel Bergkvist and Ville Ottavainen from Sweden and Finland, respectively.

With Ottavainen’s return and Bergkvist having signed a pro contract with IK Karlskoga in Sweden’s Allsvenskan, the Rangers will only make one selection and pass on their second pick at #109.