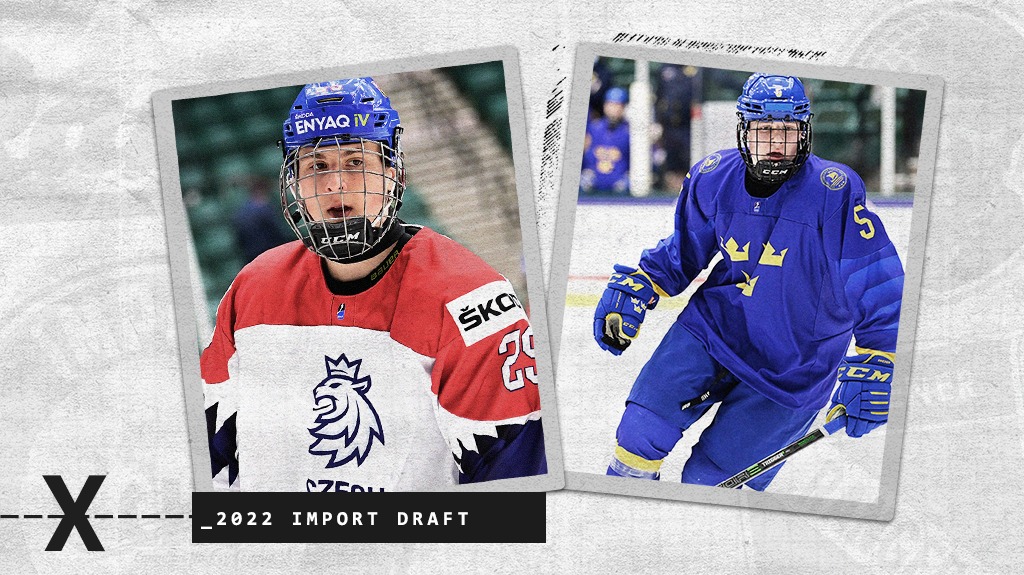 “We are happy with how the draft unfolded,” said Kitchener Rangers General Manager Mike McKenzie. “The [CHL] Import Draft can be very unpredictable but we were excited to select Tomáš and Mattias. Both are great defencemen and top NHL prospects.”

Hamara, a six-foot, 185-pound left-shot defenceman is a native of Prague, Czech Republic and spent last season in Tampere, Finland playing for the Tappara Battle Axe. Hamara recorded 25 points (6G, 19A), including a plus-5 rating, in 32 games for Tappara in the U20 SM-sarja (Under-20 Finnish Championship Series), which is the premier junior hockey league in Finland.

As a 17-year-old, Hamara impressively played in 24 professional games, recording two points and a plus-2 rating, for Tappara in Liiga (Finnish Elite League), the top men’s professional hockey league in Finland. Hamara was a member of Tappara’s team when the Battle Axe went on to win the 2021-22 Liiga championship this season.

On the international level, Hamara recorded eight points in six games for the Czech Republic men’s national ice hockey team in the 2022 IIHF World Under-18 Championships this past April and May in Germany. Hamara, now 18, was one of just two defencemen to be named to the tournament All-Star Team and earned the ‘Most Assists by a Defenceman’ award.

Hamara is projected to be a second or third round selection in the upcoming NHL Draft this Jul. 7-8.

“Tomáš is a solid two-way defenseman that is a good skater and puck mover,” added McKenzie. “He brings stability when he’s on the ice and showed his ability by playing in the Finnish men’s league this year, in addition to having a really good Under-18 tournament. Tomáš was the guy we wanted to select and were thrilled when he was available for us with our pick.”

Hävelid, 18, was also named an assistant captain for Sweden at the 2022 IIHF World Under-18 Championships where he impressively recorded the most goals (4), assists (8) and points (12) by a defenceman, leading his team to a Gold Medal.

At the 2021 Hlinka Gretzky Cup last August, Hävelid played a key-role in leading Sweden to a Bronze Medal and recorded nine points (2G, 7A) in five games, which was the most assists recorded by any player in the tournament.

Hävelid is considered a Top Prospect eligible for the 2022 NHL Entry Draft and is projected to be a first or second round selection this Jul. 7-8.

“Mattias is likely to start the year in Sweden this season, but he is another very talented and strong two-way defenseman who had a great Under-18 tournament,” said McKenzie. “He is likely to be a top-two round NHL pick next week, so we were very happy to select him with our second pick.”

The Kitchener Rangers drop the puck on the 60th anniversary beginning September 30th at The Kitchener Memorial Auditorium.