A Doctor’s Journey from East Ave. to the West Coast 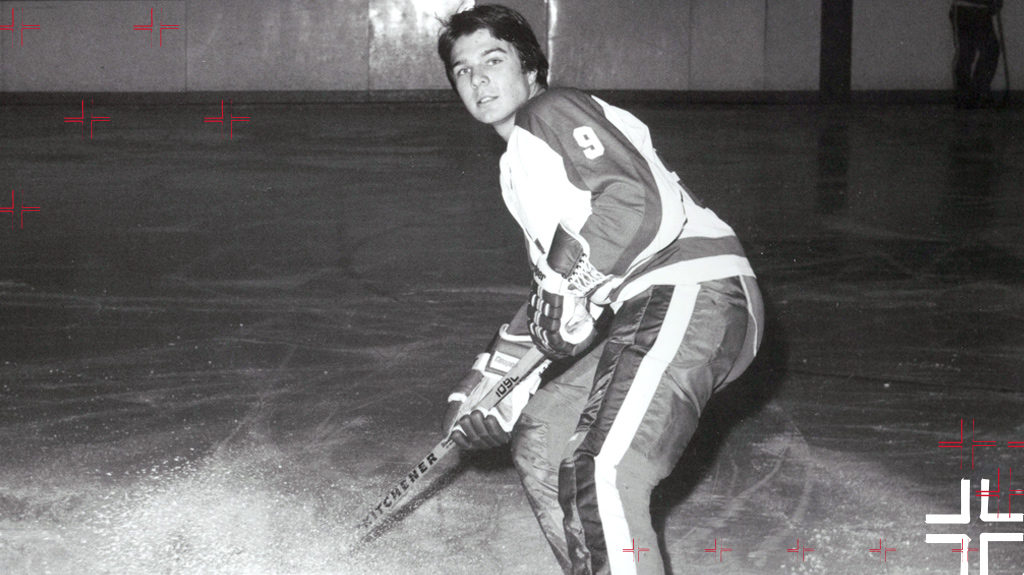 There’s not a moment that Dr. Jim Quinn would re-do from his playing days in Kitchener during the early 1980s. Admittedly, his time with the Blueshirts shaped him into the man he is today.

On second thought, maybe there’s one …

“The saddest day of my life, to this day, is when we lost in the Memorial Cup final in my last year. If I had to play one game over again, I still say that would be it,” the former Rangers captain said. He recalls all of this while sitting in his office at Stanford University in California, describing the 1984 team that made (and lost) the Memorial Cup finals in front of the hometown fans.

Since winning two OHL titles and the 1982 Memorial Cup, he became a professor of emergency medicine and, by courtesy, of health research and policy at the Stanford University Medical Center.

“If we did get that chance, we would win!” he added emphatically, with a laugh. “The year we lost, we had that huge run where we won 25 games in a row. Even though we had some injuries in the playoffs, we all pulled together to make it to the Memorial Cup final. It just came down to one team got the bounces, and the other didn’t.”

“It was pretty bittersweet,” he added. “Playing the tournament in Kitchener in front of our fans was just great.”

Born in Toronto but raised in Brampton, Quinn played lacrosse and hockey growing up. He was with the Dixie Beehives when he was drafted 51st overall by the Rangers in 1981.

“Those were such influential years in my life just growing up as a person,” Quinn said. “I didn’t come to Kitchener as 16-year-old thinking about becoming a doctor. I wanted to be an NHL player.”

Getting support from his billets in addition to good schooling “was as important as the experiences on the ice because it developed me into the person I became.”

At the rink, a veteran teammate provided an additional positive influence.

Mike Moher, the franchise’s leader in career penalty minutes with 1,027, played 139 regular season games over 2 ½ seasons with Kitchener and was entering his final campaign with the Rangers (he racked-up a team-high 384 penalty minutes that year). Quinn developed a lot of respect for him as a player and person. To this day, they remain in touch.

“Under his tough façade, he was a really good friend then and has continued to be over the years,” Quinn said.

That’s not to say that he didn’t learn a lot from the team as a whole during a memorable run to the organization’s first Memorial Cup victory that season.

“There were some Hall of Famers on that Memorial Cup team, but it was full of strong leaders,” he said.

After completing high school at Forest Heights Collegiate during his time with the Blueshirts, he started taking chemistry and biology courses at Wilfrid Laurier University.

He went on to play on the Western University hockey team while attending medical school before completing his residency at the University of Ottawa.

“I realized that I didn’t quite hit six feet as a defenceman, and even though I played a fairly physical game, it might not have translated so well in the pro ranks,” he said.

After graduating, he and his wife received job offers with the University of Michigan in 1996 and remained there until they ultimately made a move to California two years later.

The 56-year-old father of two teenage boys has taught and researched at Stanford since 2003. Despite his time in California, he has stayed connected with the Rangers’ “extended family,” though thanks to a friendship with coach Peter DeBoer.

The two met in 2008 at a Rangers alumni game, and communication carried on to when he coached the San Jose Sharks.

Hockey aside, Quinn’s time is focused on teaching and conducting clinical research. Up until recently, he had been working with artificial intelligence (AI), large data sets, machine learning, and algorithms trying to find a way to “train” a machine to summarize patient monitoring data.

When the COVID-19 pandemic began, though, his research was put on the back burner, so he and his colleagues could shift their focus to studying infection rates and the potential effects of treating patients with the antibodies of people who have recovered from the virus.

He’s hoping the use of synthetic and human antibodies and isolation techniques will provide positive results as “effective mitigation strategies while we wait for a vaccine.”

“I kind of feel like I got recruited by COVID-19 … It’s been incredibly hectic from a logistical and operational point of view, but we’re in a very unique and difficult time for a lot of people.”