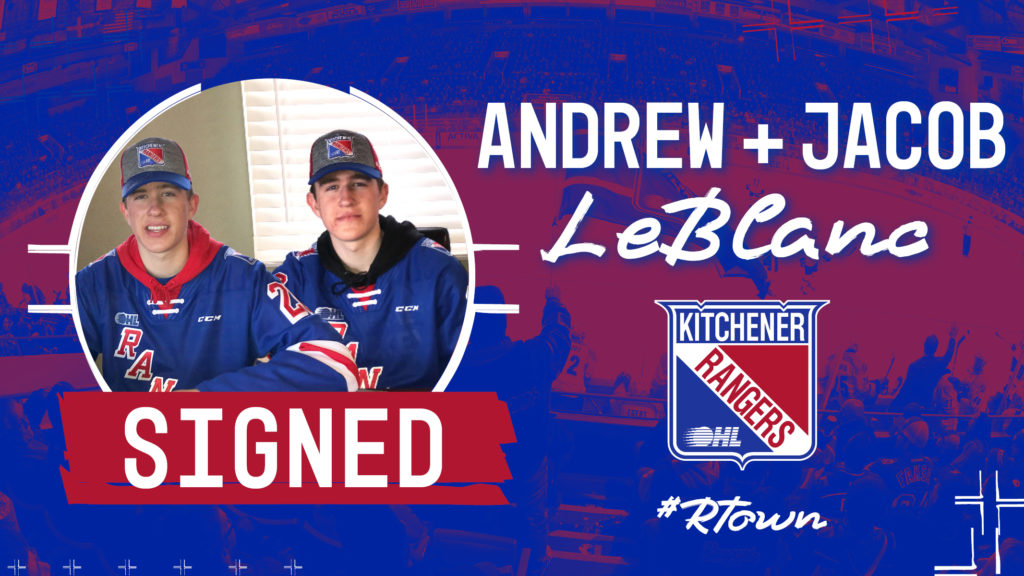 Andrew, who was the team’s first round pick (17th overall) in the 2020 OHL Priority Selection, led the Southern Tier Admirals with 43 assists and 68 points in 31 regular season games. The 5’11”, 165-pound forward also scored 25 goals.

Jacob, the eldest of the twin brothers, was the Rangers’ second pick in the 2020 OHL Priority Selection (third round, 42nd overall). Having also played for the Admirals, the 6’0”, 168-pound blueliner led the team in assists and points by a defenceman.

“We are excited to welcome the LeBlanc twins to the Rangers organization,” said General Manager Mike McKenzie.

“Andrew is an extremely gifted, skilled, and smart offensive player who also has some bite to his game,” he said.

“Jacob is a smart two-way defenseman who can be really hard to beat defensively while also possessing great offensive abilities and sense too.”

“Both Andrew and Jacob have a bright future and we look forward to seeing them develop in Kitchener.”