Ben Fanelli: Looking to “Change the Narrative’ with Podcast Endeavour 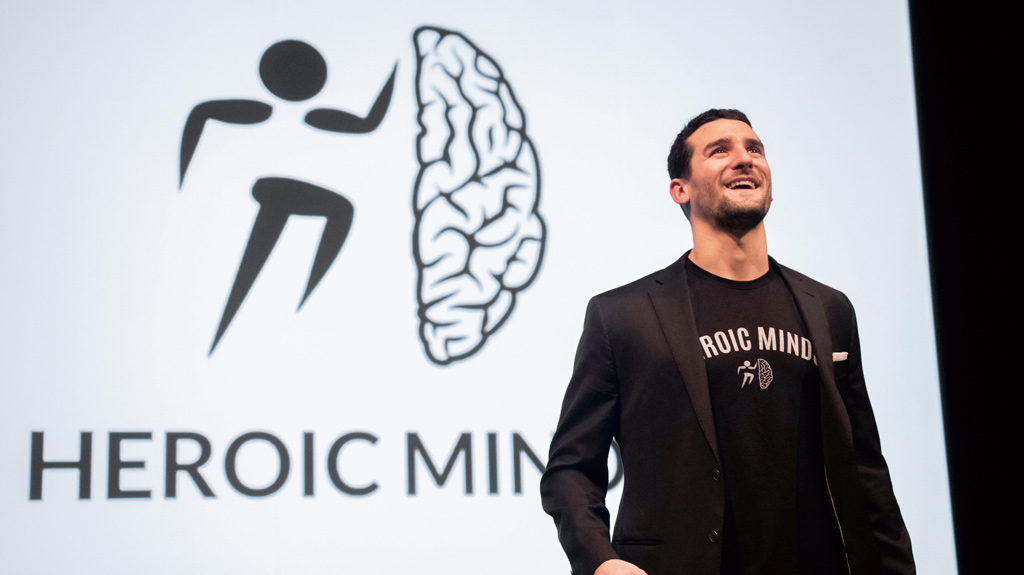 Hockey fans have come to know Ben Fanelli’s story. A severe brain injury sustained in 2009 at 16 years of age and just seven games into his OHL career with the Kitchener Rangers followed by an unbelievable return to the Rangers lineup two years later.

But now Fanelli is “looking to find a way to help people, motivate, and inspire” through his weekly podcast Heroic Minds.

Having launched the podcast just over a year ago, Fanelli admits that the project has evolved as much as he has.

“I had no plans for this podcast and I just finished speaking to 6,000 first-year students at the University of Waterloo,” he reflected recently about the impact his conversations have started to have.

“It’s been a whirlwind, that’s for sure.”

Currently in his fourth season as Associate Head Coach of the University of Waterloo Warriors men’s hockey team, Fanelli summarized how he “just started having conversations with people.”

“Now it’s evolved to more than just the individual stories of tragedy and resilience to people doing heroic things,” he said.

With more than 74 episodes with 77 different guests in the books, Fanelli is noticing that listeners have an appetite for the type of discussions he has fostered. Further proof lies in the fact that Heroic Minds sees an average play rate of 2,000 per episode and 5,000 overall plays each month.

The Oakville, ON native admitted that “the day of chasing those numbers are behind me though.”

“If they grow because I’m doing something right and people are sharing it, then great. But it’s not the only reason for doing this,” he said.

The impetus is based on the notion that “when we talk to people about challenges that exist, the more likely we are to forgive, find a way through difficulties and live without that burden on our shoulders.”

Editing, producing, and interviewing guests all on his own, Fanelli’s goal is to release a new episode each week.

“Recognizing the importance of having these conversations has encouraged me to have more of them,” he said, adding how “the value in the conversations I’m having now in learning how other people live, feel, and think in certain situations have made me a thousand-times better person than I was.”

And that’s where he thinks the trickle-down effect exists with his audience in making the biggest impact with this initiative.

“The more we talk to people about challenges that exist, the more likely we are to forgive, find a way through and live without that burden on our shoulders,” he explained.

Hopeful to secure future guests like a fighter pilot, a Sherpa, or a crisis negotiator, Fanelli really wants “to know how they approach life”.

“All these stories continue to boggle my mind. To say that a person with more Twitter followers would have a better story … is not necessarily the case.”

And while he has gained notoriety for his hockey playing days with the Rangers, he’s more than content shining the spotlight on others now.

“My time with the Rangers helped me build, and earn, respect today,” he said, crediting the leadership opportunities and experience provided for his personal growth.

“Back in the day, if I noticed someone who looked or acted differently, I would’ve supported them in every way – but I don’t think I would have asked questions about how their life is,” said Fanelli.

And the former Rangers captain believes the discussions he’s having is making a similar impact on the lives of others too.

While he’s been fortunate to have a lot of narratives presented to him, he hopes that the podcast continues to grow.

“I hope the opportunities continue to come. I’ve been lucky enough that they’ve found me so far. It’s been really cool and humbling,” he said.

“I guess we’ll see where we can take this thing.”