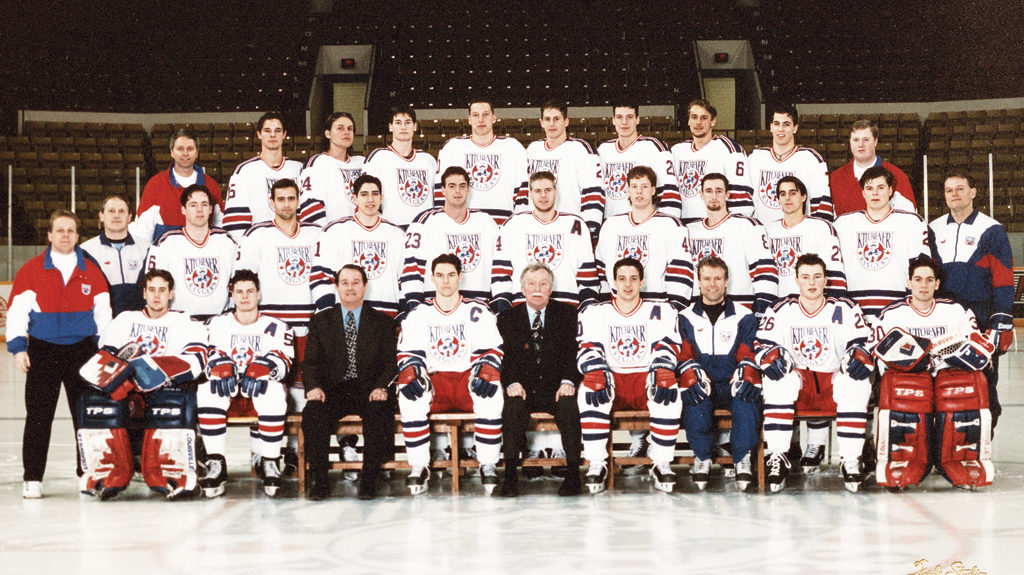 Class is officially in session for Geoff Ward, who had the interim tag lifted on September 14th by the Calgary Flames after being named the 20th head coach in franchise history.

The former teacher, who made his final transition into full-time coaching when given an opportunity as head coach of the Rangers during the 1994/95 season, is looking to continue the work he started since being promoted from an associate coach after the resignation of Bill Peters.

A native of Waterloo, Ward acknowledged how his teaching background is something that he draws on all the time. The former elementary and high school Phys. ed and science teacher explained that there are a lot of similarities between coaching and teaching to making students comfortable and setting them up for success.

“It helped an awful lot. The biggest thing is, as a teacher, you need to establish a relationship with each of your students. They need to know they can trust you and that you’re effective in what you’re doing,” Ward said.

“You need to establish relationships with players so they know you have their best interests at heart and that you’re there to work with them and make them better. In that respect, teaching became a natural extension into coaching.”

That’s a lesson he’s learned from several people over the years to make himself and others around him better.

“As coaches, it’s our obligation and commitment to our players to make them not only the best players that they can become but also the best people. We want to give them every opportunity to have that development.”

With that approach, the Flames went 25-15-3 under Ward after holding a .500 record at the time of his promotion. Calgary also ranked eighth in the Western Conference when the NHL season was paused on March 12th because of the COVID-19 pandemic.

The August restart in the Edmonton “bubble” only added to an already unique season.

“I felt like it made our team tighter. Our guys knew what it was going to be like and wanted to get there. For the NHL to put that all together in just a few weeks, it was very well done.”

Calgary advanced to the playoffs after beating the Winnipeg Jets 3-1 in a best-of-five qualifying series. They would fall to the Stanley Cup-finalist Dallas Stars though in six games.

Despite that tough result, Ward is excited for the opportunity to finish what he and the Flames have started.

“We’ve taken some really good steps as a team the last couple of seasons in reaching our ultimate goal of winning the Stanley Cup. When I had the opportunity to stay in Calgary, it was a no-brainer just because of how tight our team is and how great it is to work with them every day.”

“When you have a group of guys like that, it’s fun to come to the rink.”

Even coming into his role with Calgary, Ward remains grateful to the Rangers for playing a key role in his career path.

“I think if you want to coach one place in the Ontario Hockey League, you want it to be Kitchener. It’s such a great environment, the fan base is very passionate, and the community is very supportive. That all made the job very attractive for me to say yes to,” he said.

After compiling a 108-102-16-4 record in his three-plus seasons with the Rangers, Ward became an assistant and head coach in the American Hockey League between 2001 and 2004.

He also coached in Germany, winning the DEL Championship in 2015 with Manheim as the team’s head coach.

From 2007-2014, he was an assistant with the Boston Bruins and won the Stanley Cup in 2011. Before joining the Flames in 2018, he held an identical role with the New Jersey Devils for three seasons.

With such a long track record in the game, it’s only natural that Ward regularly gets calls from players he coached at various levels.

“When guys are staying in touch with you years later, it’s a nice reminder that you made a bit of an impact. I even look at the quality of people on those teams in Kitchener, and they were all tremendous,” Ward said.

“That’s really why I enjoy coaching so much. It’s about the players and seeing them get better. Having a small part in that makes you feel good and the main reason why I continue to coach.”