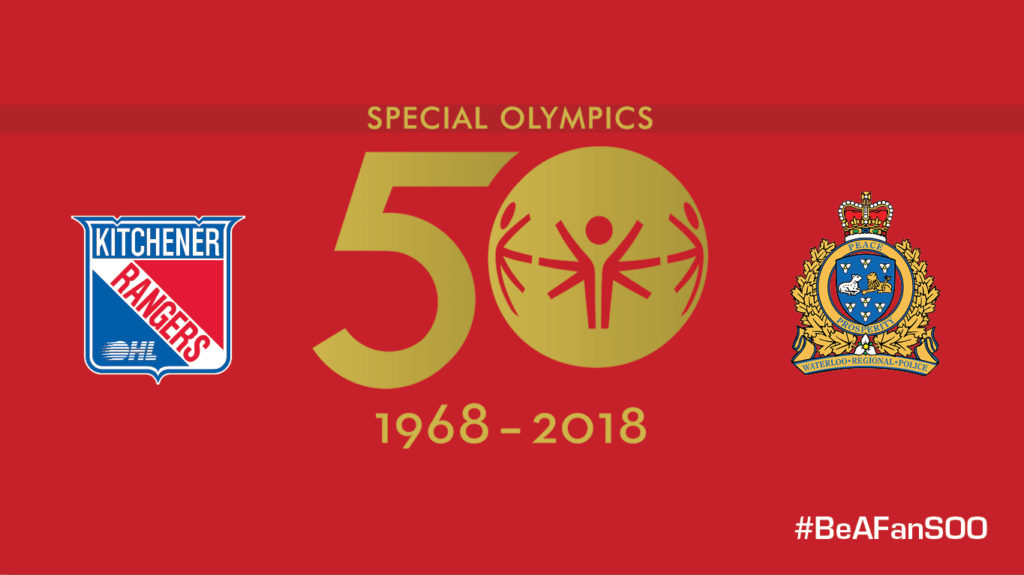 The Kitchener Rangers, Law Enforcement Torch Run (LETR), Special Olympics Ontario (SOO) and Waterloo Regional Police Service are teaming up to raise awareness about the importance of individuals with an intellectual disability during an upcoming Kitchener Rangers home game.

As well, those attending the game will have the opportunity to meet SOO athletes at entrance locations where they will be collecting funds and meeting fans.

“The Rangers are proud to once again partner with Special Olympics Ontario and we congratulate and celebrate with them, 50 years of enriching the lives of Ontarians through sport,” said Michelle Benevides, Director of Marketing and Communications for the Kitchener Rangers.