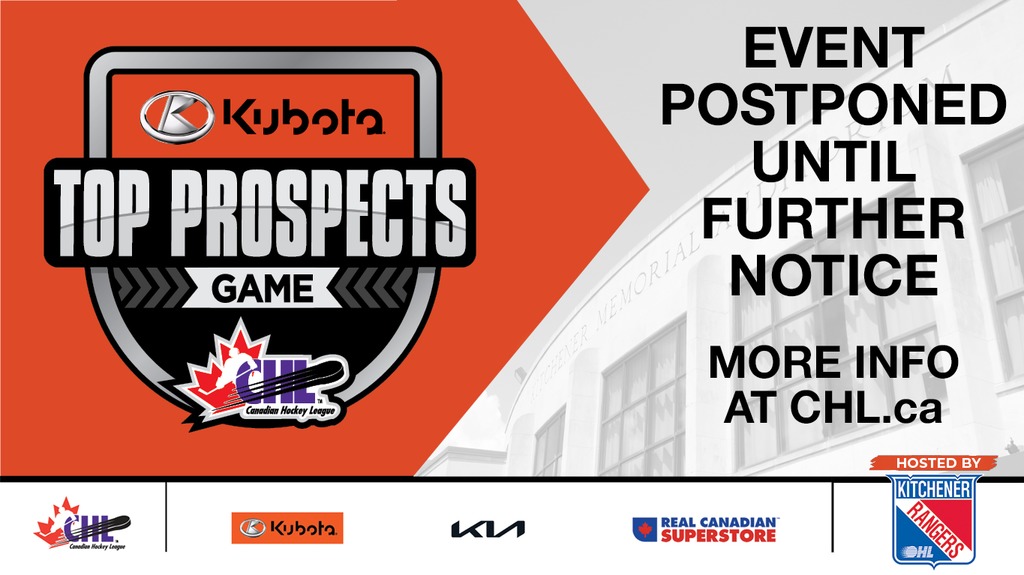 TORONTO – The Canadian Hockey League in partnership with the Kitchener Rangers and Kubota Canada Ltd. announced today that due to the ongoing challenges of the pandemic the 2022 Kubota CHL/NHL Top Prospects Game originally scheduled for February 2 has been postponed.

About CHL TV
Available to fans from coast to coast, CHL TV is a new streaming service available on the Apple TV, Roku, and Amazon Fire TV platforms, via mobile with iOS and Android, and the Safari and Google Chrome web browsers via watch.chl.ca. CHL TV offers increased audience engagement through expanded distribution in addition to a best-in-class user experience that allows CHL fans to stay better connected with access to more than 2,000 regular-season games each year covering the CHL’s 3 Member Leagues and 60 markets across Canada and the United States.