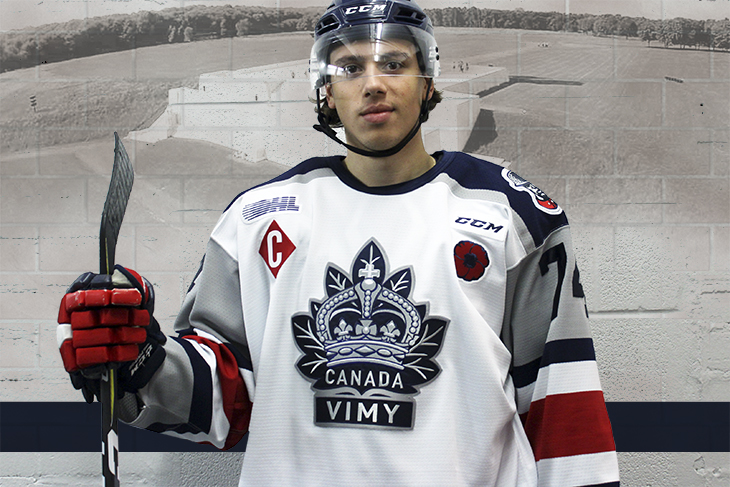 The 2017 Remembrance Day Jersey Auction will be held on Friday, November 10, 2017 when the Rangers host the Windsor Spitfires for a 7:30pm game. This marks the 13th year that the Rangers will wear a commemorative jersey.

This season’s Commemorative Remembrance Day Jersey Crest is inspired by the 100th Anniversary of the Battle of Vimy Ridge. We pay tribute to the Canadians that fought in France one hundred years ago and we honour all those who are and have been a part of the Canadian Forces. 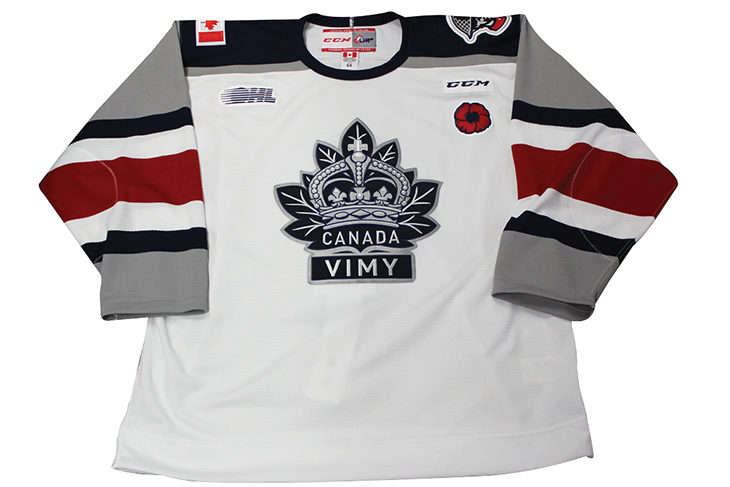 The game-day silent auction will begin at 6pm through to post-game in the Subscriber’s Lounge of The Aud. All proceeds from the auction will benefit the 78th Fraser Highlanders Fort Conestoga Garrison and the Kitchener-Waterloo Poppy Fund.