Culina a cut above as Rangers drop IceDogs on Tuesday 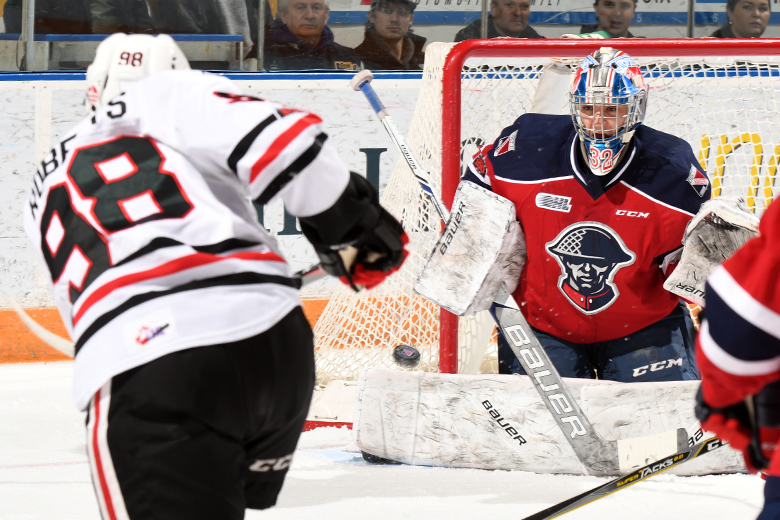 Super Mario was at it again on Tuesday night at The Aud.

Mario Culina made 44 saves on 45 shots and improved to 8-0-0-0 in a Rangers uniform as the Blueshirts outlasted the Niagara Ice Dogs, 3-1, in front of 6,645 fans at the Kitchener Memorial Auditorium.

Culina (10-5-2-0) was nothing short of outstanding in the first period, being called upon to face 20 shots on goal in the opening frame alone, making 19 saves. From there on out he shut the door, making 13 saves in the second period and 12 in the third en route to being named the game’s First Star. 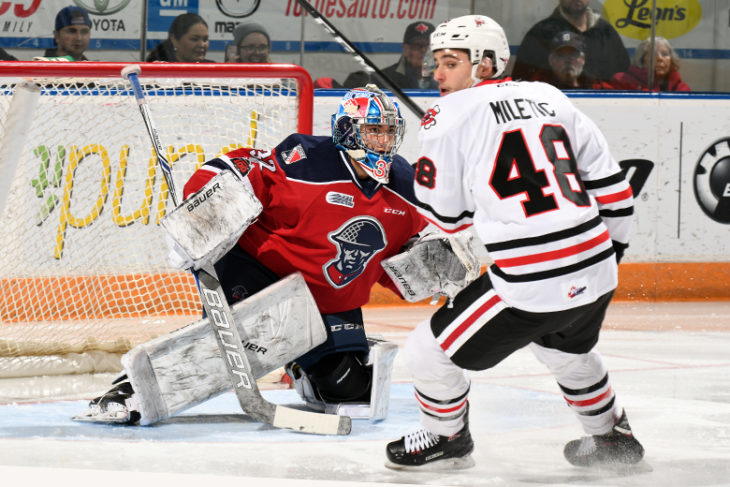 His counterpart, Colton Incze (4-6-1-0) surrendered a goal on the Rangers’ second shot of the game just 1:01 into the first period but then made 22 consecutive saves before allowing the game winner on the stick of Joanthan Yantsis just under three minutes into the third period.

The game was a chippy one, with nine penalties called among the two teams, including a Logan Stanley game misconduct and a fight between Nick McHugh and former Rangers defenceman Elijah Roberts.

Kole Sherwood and Connor Bunnaman each had a goal and an assist to round out scoring for Kitchener, while Sam Miletic was the lone goal-getter for the ‘Dogs.

Sherwood opened the game’s scoring in the first period to give the Rangers an early 1-0 lead. After a burst of speed sent him past two Niagara defenders, he beat Incze cleanly. Stanley and Giovanni Vallati earned the assists on the goal, which came at the 1:01 mark. 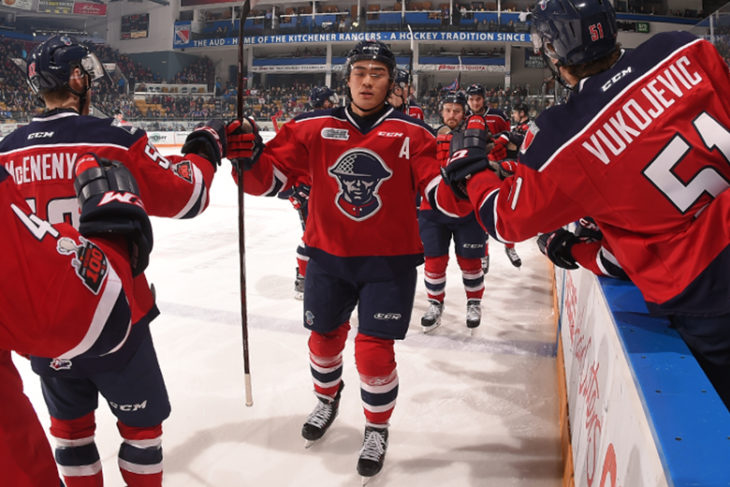 With the Rangers already short a man just shy of the 12-minute mark of the period, Stanley was called for checking to the head which commanded a five-minute major and a game misconduct.

The Blueshirts killed off the 1:38 of Niagara’s 5-on-3 man advantage, but with 2:16 to go in the Stanley major the IceDogs capitalized as Miletic notched his 27th of the season, from Kirill Maksimov and Ben Jones, to tie the game, 1-1, at 14:40.

Shots after the testy first period of play largely favoured the visitors, 20-4, as Culina made a number of phenomenal saves in the opening frame.

The second period was scoreless, but saw the Rangers this time outshoot the IceDogs by a 17-13 margin for a two-period total of 33-21, Niagara.

In the third period it was Yantsis who broke open the 1-1 tie, potting his fourth of the season to put the Rangers up 2-1, from Bunnaman, at 2:56.

Bunnaman iced the victory with an empty net goal with just 26 seconds remaining, assisted by Sherwood, to give the home side the 3-1 edge.

The Rangers were 0-for-3 on the power play, while the IceDogs were 1-for-6 with the man advantage.

Kole Sherwood, Adam Mascherin, and Logan Stanley each wore an “A” and skated as alternates to Rangers’ captain Connor Bunnaman.

The Blueshirts are back home on Friday night, February 9 when they host the Sarnia Sting at 7:30pm. They round out the weekend on Saturday afternoon when they make the trek to Hamilton to take on the Bulldogs for a 4pm start.