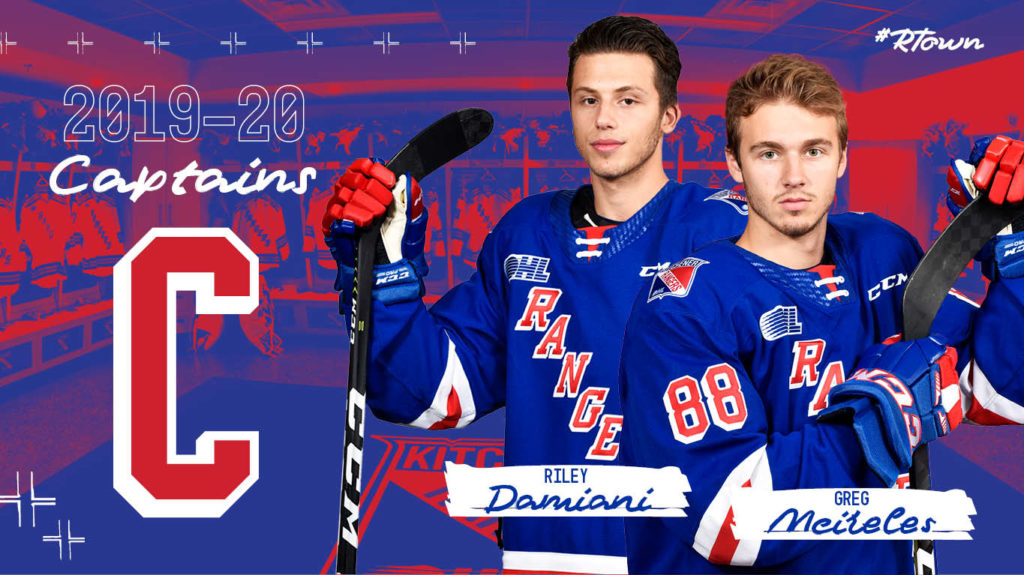 The Kitchener Rangers are pleased to announce that, in the event that Greg Meireles returns from Training Camp with the AHL affiliate of the Florida Panthers, both he and Riley Damiani will be the team’s co-captains for the 2019/20 season.

“They have helped build a culture in which we are very proud of and they are excellent role models for our younger athletes.”

Heading into his fourth season with the Rangers, Damiani recorded career-highs in goals (30), assists (55), and points (85). The Dallas Stars prospect was named the recipient of the 570 News Three Star Award and shared the Jim McGeachie Memorial Award for Outstanding Team Effort and the Jim Malleck Memorial Award for Most Valuable Player with Meireles at the end of last season.

Coming just three points shy of reaching 100 a season ago, Meireles was the team leader in assists (61) and second in team goal scoring (36). As a result, he was named the recipient of the Jim Reilly Scoring Champion Award at year’s end.