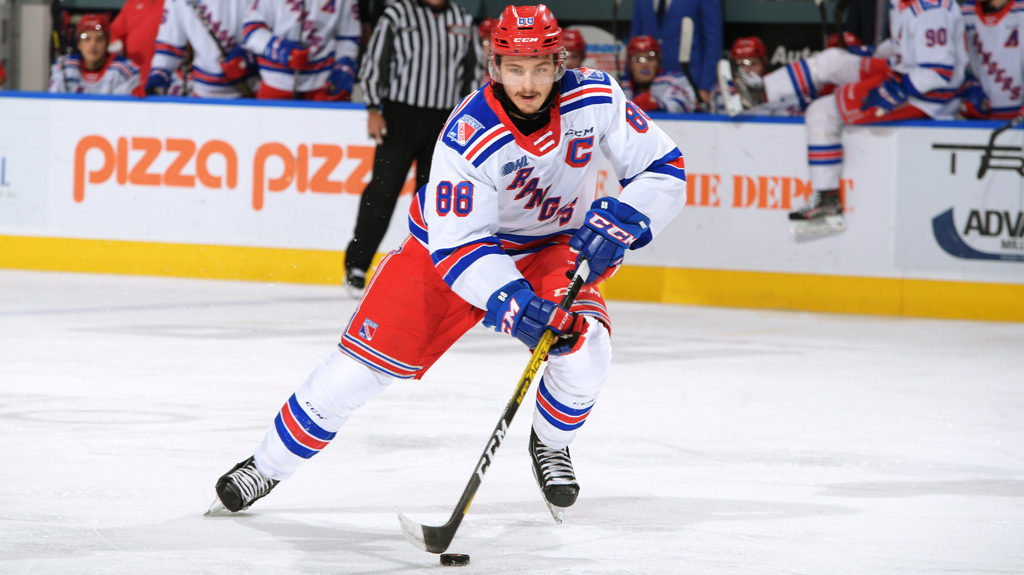 A four-goal second period for the Knights was the difference in this game. A late second period goal by Greg Meireles got the Rangers on the board but they ended up dropping the contest 5-1.

Nathan Torchia stopped 19 in the loss.

The Knights opened up the score at 11:16 when a two-on-one break into the Rangers end. Luke Evangelista had a shot on net that took an odd redirection off the stick of a diving Donovan Sebrango and past Nathan Torchia. The unassisted goal made it 1-0.

The first period would end with the Knights on a five-on-three powerplay and up a goal. Shots were tied after 20 minutes of play, 9-9.

As the penalty to Damiani wound down, Connor McMichael (21) stepped into a shot from just above the hash marks that beat Torchia to make it 2-0 at 1:07.

London extended their lead when a McMichael pass in front of the crease found Jonathan Gruden skating in towards the net and the left-winger tipped it in to make it 4-0.

McMichael completed the hat trick on a powerplay goal at 15:47 to make it 5-0 for the visitors.

After a post-whistle dust-up that sent four Knights and two Rangers to the box, the Rangers had a five-on-four advantage. As the period was winding down, with just seven seconds left, Riley Damiani found Greg Meireles (4) down low and the captain tapped it in. It was 5-1.

Axel Bergkvist also earned an assist on the goal.

Through two periods, the Knights outshot the Rangers 20-17.

There was no scoring in the third period.