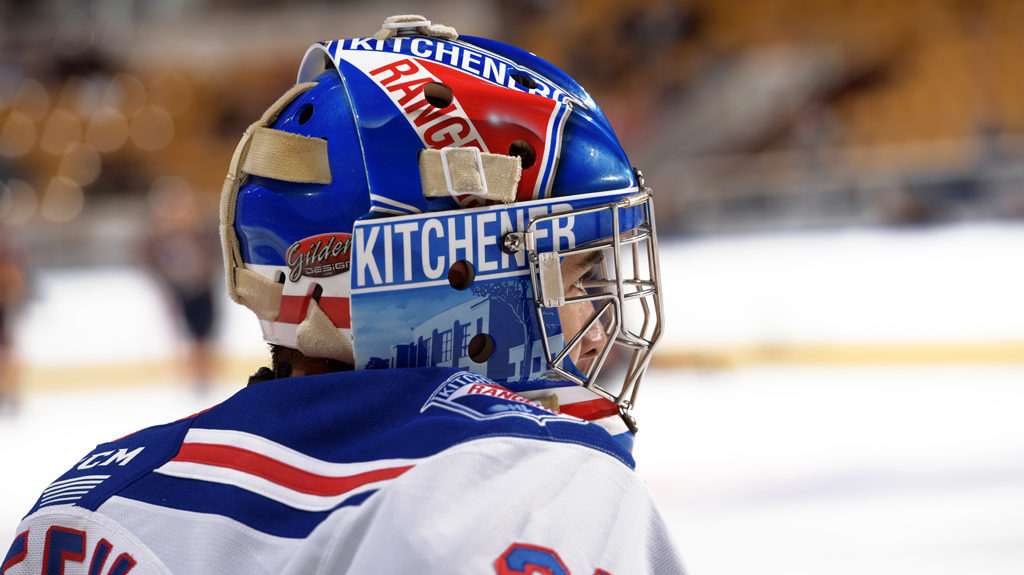 The first period was controlled largely by the Rangers as the Blueshirts led in shots 14-9. The second period was all Petes, outshooting the Rangers 18-4 and adding two goals in the process. In the third, the Petes scored another and Jonathan Yantsis scored his 13th at 18:13 with the net empty to make it 3-1 but that’s as close as the Rangers would get.

Lucas Pfeil stopped 35 in the loss.

The opening 20 minutes were all about quality goaltending as neither the 14 shots by the Rangers or the three powerplays and 9 shots by the Petes could beat either Lucas Pfeil or Hunter Jones.

Going into the second period, it was 0-0.

At 8:12 of the second period, the Petes got the game’s first goal. During four-on-four play, Liam Kirk found Declan Chisholm (3) in the high-slot and the Petes assistant captain wired it past Pfeil to break the deadlock and make it 1-0.

Peterborough added to their lead at 14:09 when a shot on Pfeil rebounded beyond the reach of his glove and right to Tucker Robertson (4) who backhanded in the game’s second goal to make it 2-0.

At 14:26 of the third period, the Petes captain Zach Gallant (11), on an assist from Brady Hinz, threaded one past Pfeil to pad Peterborough’s lead late in the game. 3-0.

Riley Damiani and Axel Bergkvist earned assists on the goal.

That’s as close as the Rangers would get in this contest as the Petes hung on for the win despite being outshot 44-38.