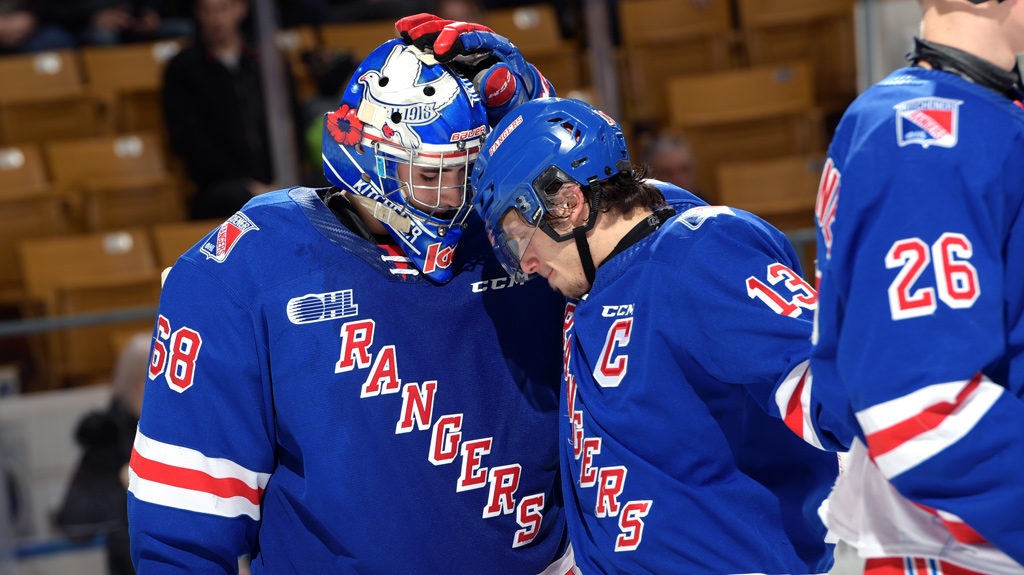 Mike Petizian scored both the Rangers goals and Jacob Ingham had a 38 save night earning his 22nd win of the season.

The Rangers got on the scoreboard first at 10:58 of the first period when a pass from behind the net by Declan McDonnell found Mike Petizian (15) in the slot and the centreman one-timed it past Mack Guzda to make it 1-0.

Seconds later, at 11:08, Holden Wale took a shot on net that resulted in a big rebound right to Petizian (16) who buried his second of the night and it was 2-0.

The goal earned McDonnell his second helper of the night.

At 15:59, from deep inside the Rangers end, Aidan Dudas shuffled the puck to Matthew Philip (19) who went high, glove-size on Jacob Ingham from just in front of the faceoff dot to cut the Rangers lead in half, 2-1.

The first period would end with the Attack leading in shots 13-8.

Each team had 5-on-3 advantages in the second period with four total penalties to each team but the score remained 2-1.

After two periods, Owen Sound continued to lead in shots 24-19.

The third period saw nothing but a few highlight-reel saves by Jacob Ingham who stopped 38 of 39 shots in the win. 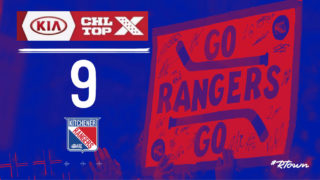