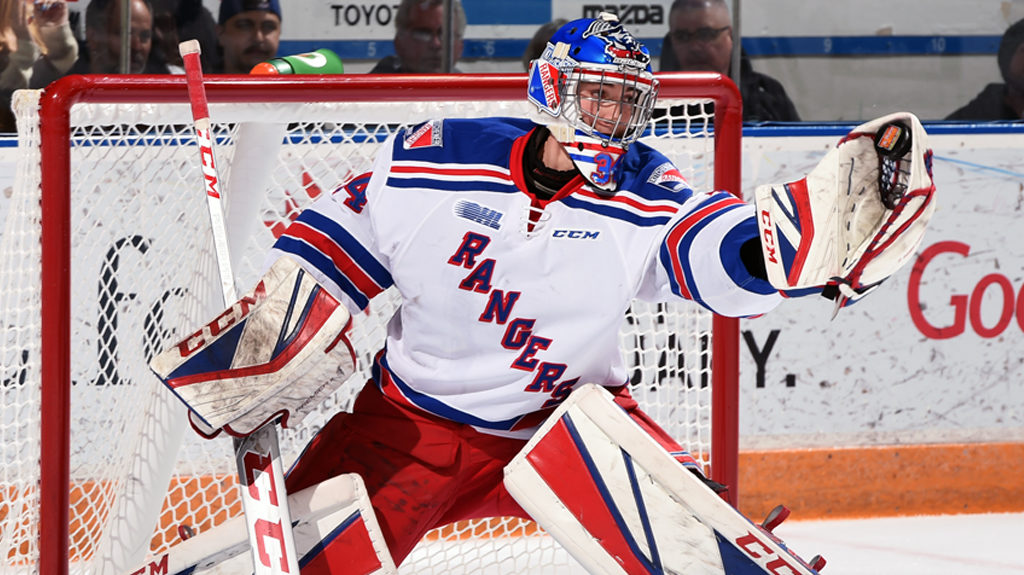 Isaac Langdon scored his second of the season in the second period and Nick McHugh sealed the deal for the Rangers on an empty net goal with five seconds left in the game on an assist by Luke Richardson.

Richardson saved all 26 shots he faced in the shutout that earned him first star honours.

The first period featured six penalties, four to Barrie and two to Kitchener, but neither side could break the deadlock.

The closest the Rangers came to a goal was on their second powerplay of the period, which came at 9:52 on a Jacob Tortora interference penalty. An Alexey Lipanov goal was called back after the referees determined there was goalie interference on the Colts Kai Edmonds.

The Rangers finally broke the goose egg at 12:00 of the 2nd period while on the powerplay. A Donovan Sebrango shot from the blueline was tipped in by Isaac Langdon who earned his second goal of the season to put Kitchener up 1-0.

Eric Guest also earned an assist on the goal.

The period would end with the Rangers maintaining their one-goal advantage while outshooting the Colts 18-16.

The only goal of the third period came on an empty net goal by Nick McHugh, his eighth of the season, on assists from Michael Vukojevic and Luke Richardson.

Richardson earned himself first star honours in the shutout.

The next game for Kitchener is on the road on Saturday, December 29 at 7:30 pm vs the Owen Sound Attack. The Rangers next home game is on Tuesday, January 1 at 2:00 pm versus the Peterborough Petes.