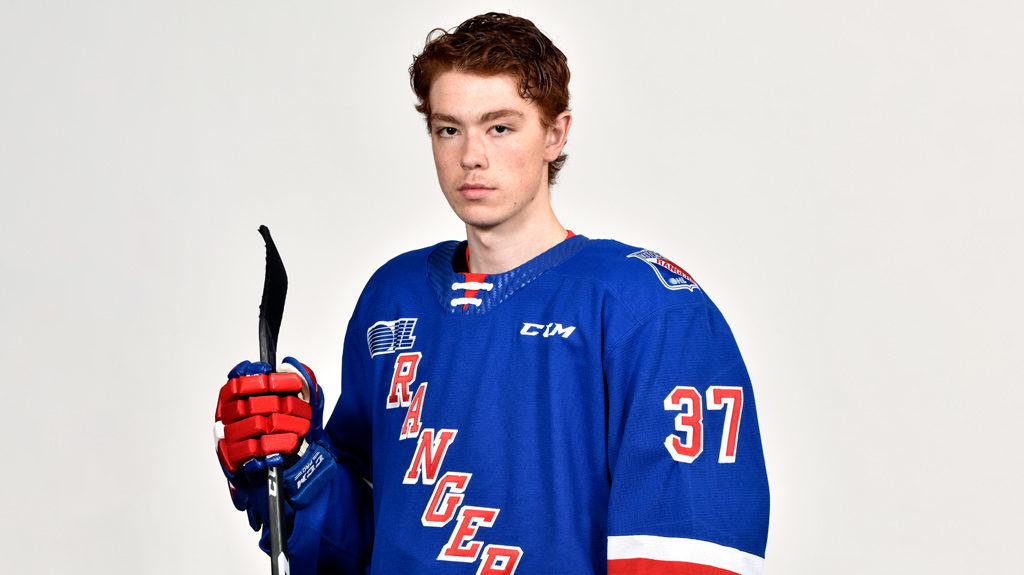 Barrie, ON: The Rangers closed out the preseason in Barrie versus the Colts for the away portion of a home-and-home.

Donovan Sebrango and Joseph Rupoli both scored for the Rangers to give the Blueshirts a 2-0 lead through a period and a half but it wasn’t enough as the Colts scored four unanswered goals to win 4-2.

Lucas Pfeil stopped 23 in the loss.

In the opening frame, successive penalties against the Colts during the game’s 10th minute led to a 5-on-3 powerplay for the Rangers.

On the powerplay, Donovan Sebrango scored his second goal of the preseason to give the Rangers the 1-0 lead at 11:20. Ville Ottavainen and Ryan Stepien earned assists on the opening goal.

Kitchener heavily outshot Barrie through one, 12-5.

In the second period, just after an Arber Xhekaj hooking penalty expired, the Rangers extended their lead when Joseph Rupoli scored his first goal of the preseason on an assist from Reid Valade. At 11:20 it was 2-0.

The Colts cut the lead in half at 16:02 on a goal by Victor Hadfield, assisted by Brandy Clarke.

When the second period came to an end, the Rangers continued to outshoot the Colts, 24-15.

Just 13 seconds into the final frame, Barrie’s Jacob Tortora tied it up for the home team and it was 2-2.

Shortly after the Rangers fifth powerplay, the Colts took their first lead of the night on Tortora’s second goal of the night at 17:07 and it was 3-2.

Then, with 1:09 remaining in the game, Dalton Duhart added an empty-net insurance goal for Barrie to make it 4-2.

The Rangers begin their 57th season at home on Friday, September 20 at 7:30 pm versus the Saginaw Spirit. Kitchener’s first road game of the season is on Thursday, September 26 at 7:00 versus the North Bay Battalion.

1:17
jesse fishman rangers vision
RANGERS VISION: This or That - Jesse Fishman
16 hours ago