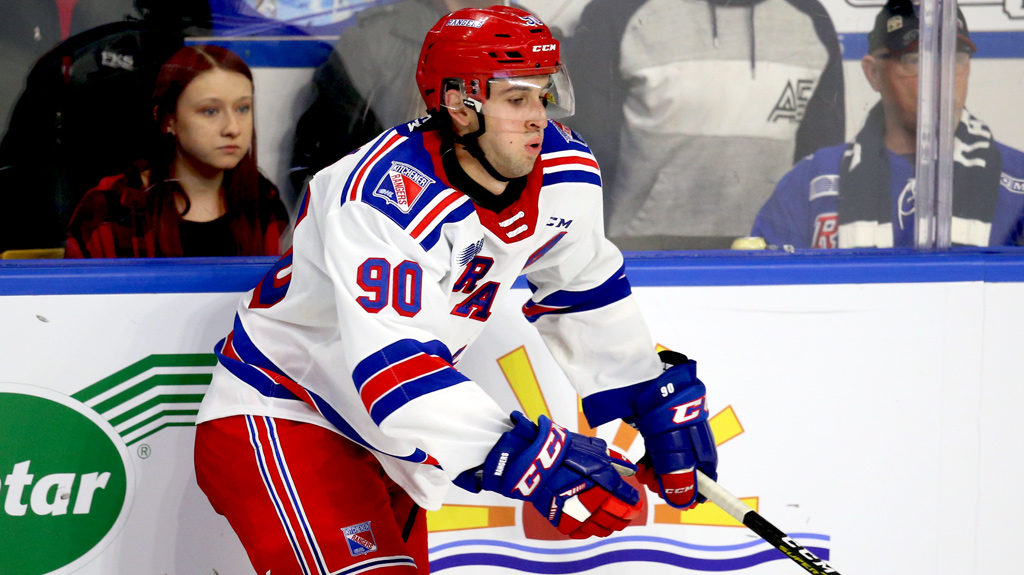 The first period ended in a stalemate, with the Rangers getting a goal from Liam Hawel and Serron Noel doing the same for the Generals.

Over the next two periods, Noel scored two more goals for a natural hat trick while adding an assist on an empty-net goal by Brett Neumann to complete a four point night.

Riley Damiani also notched a goal for the Rangers but it wasn’t enough as the Rangers lost 4-2.

Lucas Pfeil stopped 26 in the loss.

At 7:44 of the first period, Jonathan Yantsis and Kyle MacLean took roughing penalties, however, Yantsis was booked for unsportsmanlike conduct as well, which gave the Generals a power-play.

On the power-play, Lleyton Moore passed to Oliver Suni who quickly set up a streaking Serron Noel (6) and the right-winger shot it past Lucas Pfeil to open up the scoring.

Kitchener evened the score with just 17 seconds left in the period when a puck was put on net by Axel Bergkvist and finished by Hawel (6) who tipped it in past an out-of-position Zachary Paputsakis.

Riley Damiani also earned an assist on the goal.

At 16:12 of the second period, MacLean and Yantsis both took their third penalty of the game. With just two seconds left in the ensuing four-on-four, Allan McShane found Noel in front of Pfeil’s crease and he made good on the chance to score his second of the night. It was 2-1 at 18:10.

After two periods, the Rangers continued to lead in shots; 25-18.

The Generals extended their lead when an unmarked Noel (8) received a backhanded pass from Daniel Walker and scored his third of the night to make it 3-1.

Just 15 seconds later, from behind the goal line, Damiani (8) cut the Generals lead back down to a single goal when the odd-angled shot from behind the red line ended-up behind Paputsakis to make it 3-2.

Unfortunately for the Rangers, seconds after Pfeil was pulled, an unlikely up-ice pass from Noel to Neumann resulted in a goal for the Generals to put them back up by two, 4-2. That’s how the game would end.