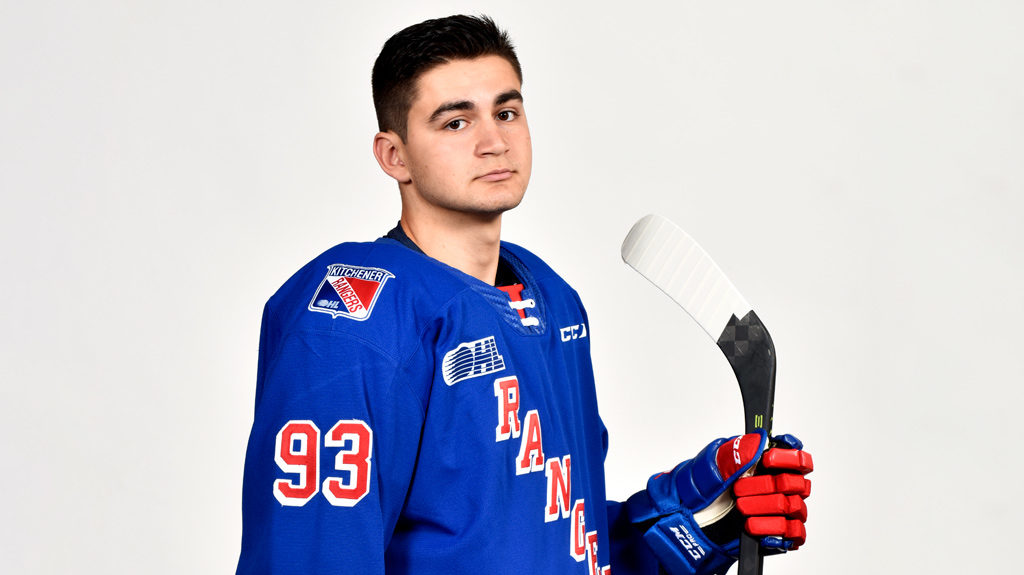 Kitchener, ON: For the Rangers’ second game of the Preseason Showcase at The Aud, they faced off against last year’s West Division champs, the Saginaw Spirit.

The Rangers went down two goals to none in the first period but came back midway through the second to tie it up on goals from Jonathan Yantsis and Donovan Sebrango.

That, however, was as close as the Rangers got. The Spirit added two more in the second and three in the third to win 7-2.

Lucas Pfeil saved 31 in the loss.

Despite earning a power play just 58 seconds into the game, it was the Spirit who opened up the scoring at 3:40 when Josh Bloom picked up the puck in front of Lucas Pfeil’s crowded crease and scored his first of the showcase tournament.

Saginaw extended their lead at 8:06 when a shot from Mason Millman rebounded off the pad of Pfeil and onto the stick of Nicholas Porco who snapped home his second to make it 2-0.

By the time the opening period came to an end, the Rangers remained down by two and led in shots, 13-8.

At 7:29 of the middle frame, Porco took a kneeing penalty after a collision at centre ice. On the powerplay, Jonathan Yantsis cleaned-up a rebound in the crease of Ivan Prosvetov to get the Rangers on the board. It was 2-1.

At 11:11, with assists by Joseph Serpa and Reid Valade, second-year defenseman Donovan Sebrango slid the puck between the pads of Prosvetov as he went hard to the net to make it 2-2.

The tie game was short-lived though as  Ilya Solovyov spun around a Rangers defender and fired a shot past Pfeil at 12:15 to restore the Spirit’s lead, 3-2.

Saginaw regained their two-goal lead at 14:28 when a rebound went onto the stick of Sebastian Bulovs, who was between the faceoff circles, and into the back of the net. 4-2.

After 40-minutes of hockey, the Spirit maintained their lead and the Rangers led in shots, 23-21.

Just 53 seconds into the third period, Saginaw extended their lead when DJ Busdeker’s shot rebounded off Pfeil and straight to Blade Jenkins who slid it five-hole to make it 5-2.

Porco picked up his second of the night at 10:52 when his shot went off the post and then off the leg of Pfeil and into the net. 6-2.

The Spirit added another goal at 15:44 when Mitchell Smith rifled a one-timer over Pfeil’s glove to make it 7-2.

The Rangers close out the preseason showcase tomorrow at 2:00 pm versus the Peterborough Petes.