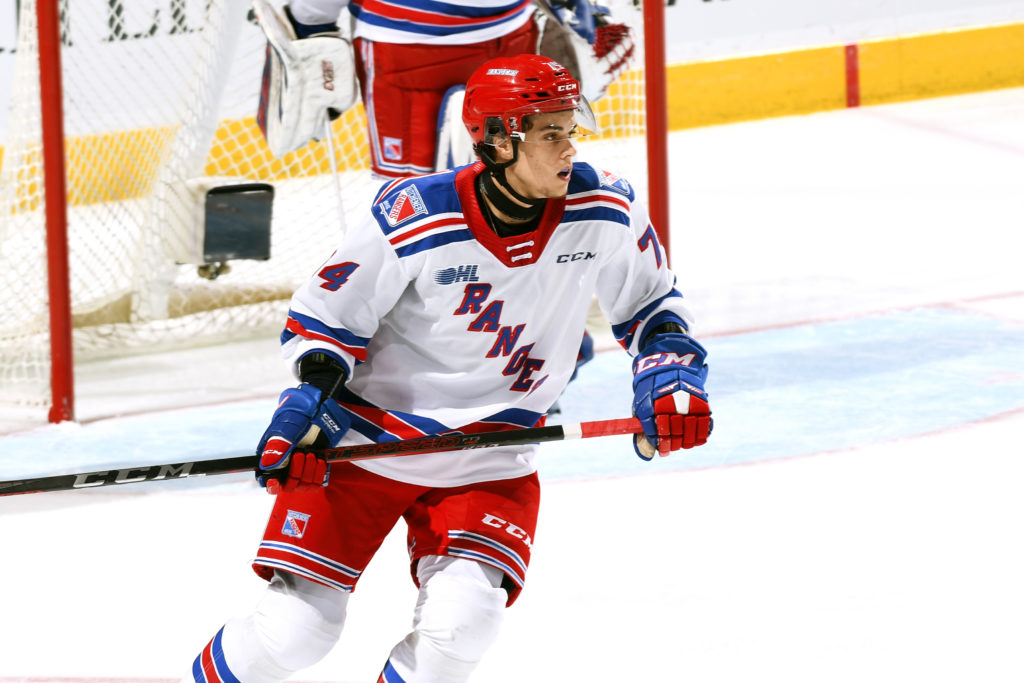 The Kitchener Rangers headed to Windsor for game five of the second round series with the Spitfires, and looked to secure a win to push game six at the Aud on Monday.

The Rangers open up the scoring early on into the first period, with a pass from Justin Nolet to Matthew Sop who rushes the net and tips one in. Valade goes to the box for crosschecking but the squad is able to kill it off, thanks to some particularly nice saves from goaltender Pavel Cajan. Shortly after Windsor gets called for slashing, but the Rangers are unable to capitalize on the powerplay. Later, Ty Hollett rips one from the blueline that sneaks by Onuska to put the Rangers up by two (Assisted by Navrin Mutter and Trent Swick).

Windsor came out roaring early on in the second period, as Cajan and the Rangers defence saw plenty of action. Henault scores for the Spitfires to cut the Rangers lead in half with eight minutes to go in the middle frame. Late in the period Reid Valade gets called for blindsiding, and the Rangers go back to the penalty kill for the majority of the final two minutes. The Rangers manage to kill off the penalty, but seconds later the Spitfires tie the game (Renwick). We exit the period all tied up at 2.

The Rangers get a powerplay to start the third, and despite many great chances, they are unable to get one past Onuska. Navrin Mutter gets called for holding and the Spitfires go on the powerplay. Perrott scores for Windsor to put them up 3-2 with just under ten minutes left in the third. The Rangers battle until the very end to re-tie the game but cannot get it done.

Thank you fans for an incredible season, can’t wait to see you back at The Aud in the fall!