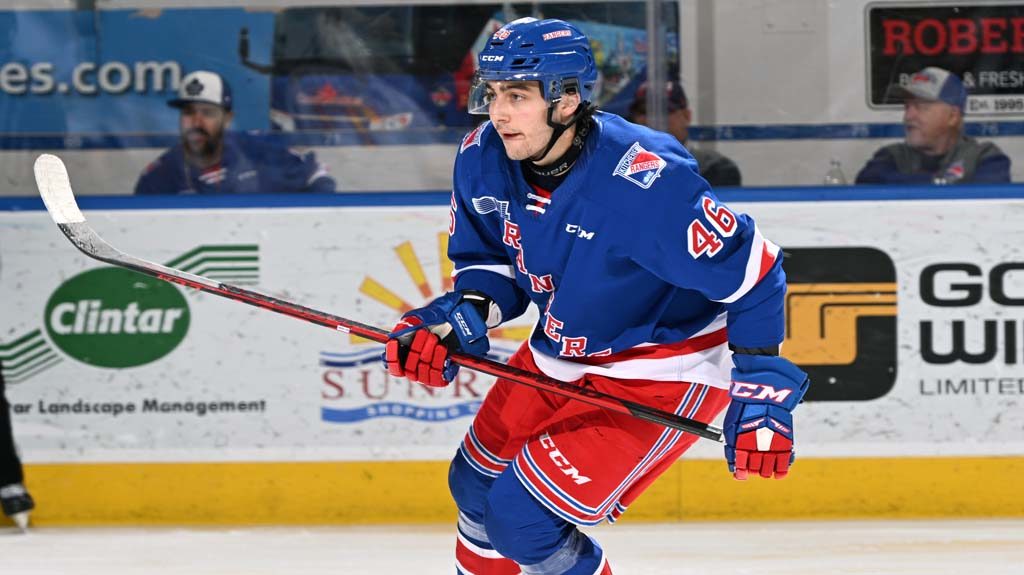 The Kitchener Rangers prepared to host The Windsor Spitfires in the second round of the OHL playoffs as the series shifted to The Aud. The Rangers split the two games played in Windsor and were looking to grab a 2-1 series lead on home ice.

Just over 10 seconds into the game, Windsor took a major penalty for head-checking, giving the Rangers a golden opportunity to start the game. Mike Petizian one-timed the puck over Onuska to give the Rangers the early 1-0 lead. On another Rangers powerplay, an errant pass led to Windsor’s Wyatt Johnston snapping a shot over Parsons on a breakaway, tying the game at one goal a piece. Windsor then had their own chance on the powerplay, scoring to make it 2-1.

Windsor picked up where they left off in the 1st period, scoring two minutes in to extend their lead to 3-1. They added another which made it 4-1, chasing Jackson Parsons out of the net for the game. Windsor continued to pile on the goals, getting one past Cajan who was now in net, to make it 5-1. They scored a powerplay goal to extend the lead to 6-1. With under five minutes to play in the 2nd, Simon Motew scored off a nice pass from Mitchell Martin to make it 6-2.

The Rangers killed off multiple Windsor powerplays to start the 3rd period, hoping it would gain them some momentum. Although the Rangers generated some scoring chances, including some on the powerplay, they were not able to capitalize.

We look to bounce back Thursday, May 12th at The Aud at 7:00 p.m. Tickets are available here.