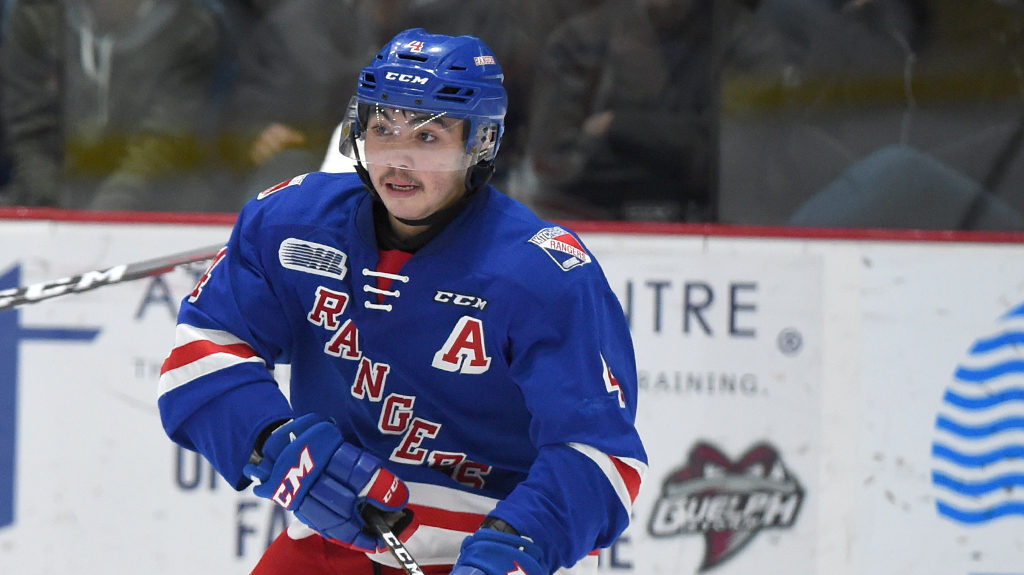 Joseph Garreffa and Jonathan Yantsis were the Rangers’ goalscorers on the night. Lucas Pfeil stopped 23 of 28 in the loss.

The Rangers return from the break at home on Friday, December 28 at 7:30 pm versus the Barrie Colts.

33 seconds into the first period, Ryan Stepien got his stick up on a Wolves player that drew blood, which led to a double-minor for number 61.

On the ensuing powerplay, at 3:58, a Cole Candela shot from the blue line deflected off Michael Vukojevic and Cole Cameron before sneaking through Lucas Pfeil’s five-hole to put Sudbury up 1-0.

As time winded down in the first, Joseph Garreffa netted his second in as many nights and 10th of the year. The assists went to Nick McHugh and Justin MacPherson and the score was 1-1.

The Rangers outshot the Wolves 13-9 in the opening frame.

At 5:53 of the second period, Owen Gilhula was booked for a slash that gave the Rangers their first powerplay of the night.

On the powerplay, Jonathan Yantsis, coming off a hat trick the night before, buried his 24th to give Kitchener the lead, 2-1.

The Wolves clawed back, however. At 14:31, Quinton Byfield netted his 14th when he went top shelf while in-close on Pfeil and the game was knotted up, 2-2.

Shots going into the third period were 24-21 Rangers.

In the third period, a shot from the blue line by Sudbury’s Liam Ross went off David Levin and for the second time that night, an unfortunate deflection found its way past Pfeil to give the Wolves the lead, 3-2.

Sudbury extended their lead while shorthanded when Shane Bulitka knocked down an errant puck in front of Pfeil and tallied his sixth to make it 4-2.

With 9 seconds left, Sudbury’s Byfield scored his second of the night and the game would end 5-2.