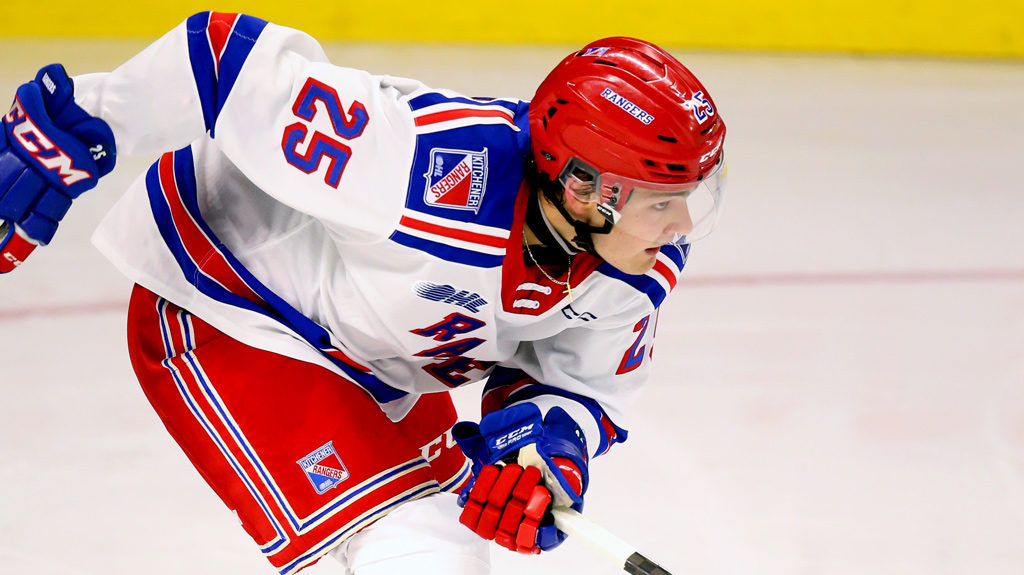 The Rangers jumped out to a 3-0 lead on goals by Declan McDonnell, his first OHL goal, Reid Valade, and Riley Damiani. Ottawa responded with three unanswered goals in the second to tie it up going into the final period of play.

With just 48-seconds left in the third, Noel Hoefenmayer scored for the 67s to give them the win.

Jacob Ingham saved 28 in the loss.

Nikita Okhotyuk took a high-sticking penalty at 7:36 of the first period. On that powerplay — after Jonathan Yantsis and Kevin Bahl each got five-minute majors for fighting — Justin MacPherson took a shot from the blueline that was tipped in front by Declan McDonnell for his first career OHL goal to make it 1-0 at 8:54.

Riley Damiani also picked up an assist on the opening goal.

During a four-on-four, at 12:54, the Rangers broke into the 67’s defensive zone. A pass across the crease by Mike Petizian was tipped by Reid Valade and his fourth of the year put the Rangers up 2-0.

The first period would end with the Rangers ahead in shots, 10-9.

Kitchener kept the pressure coming to begin the second period. At 3:35, Arber Xhekaj took a shot from far out that was tipped by Damiani (7) and that made it 3-0.

At 13:32 Xhekaj took a holding penalty to give the 67s their third powerplay of the night. On the powerplay, Jack Quinn (5) split the Rangers defense and wristed a shot high over Jacob Ingham’s blocker-side shoulder to bring Ottawa within two, 3-1.

Moments after a mid-ice fight by Valade and Alec Belanger, Nikita Okhotyuk took a shot on net that rebounded off Ingham and right to Cameron Tolnai who buried his first of the season to bring the 67s within one, 3-2.

With just 48-seconds left in the game, Noel Hoefenmayer scored his sixth goal of the season of a second chance opportunity for the 67s and that gave Ottawa their first lead of the game, 4-3 and that would be the final.

The next home game for the Rangers is on Friday, November 1 at 7:30 pm versus the Owen Sound Attack. The next away game is on Saturday, October 26 at 7:00 pm versus the Kingston Frontenacs.