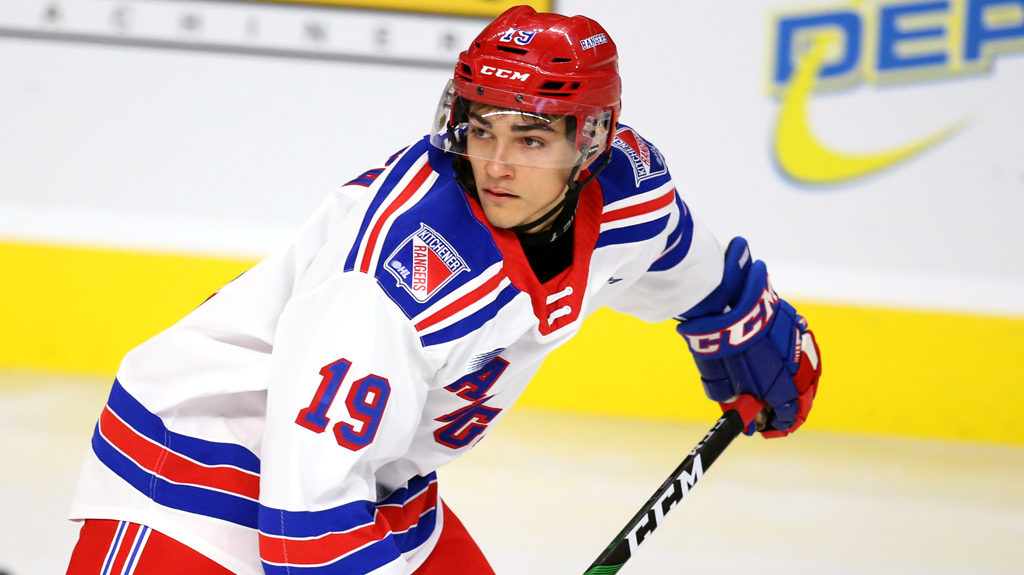 Joseph Serpa picked up his first career OHL goal, while Riley Damiani and Greg Meireles earned their 13th and 10th of the season respectively.

But the game’s first star was Jacob Ingham who stopped 45 shots in his second shutout of the season.

Kitchener opened up the scoring at 3:20 when traffic in front of Mack Guzda’s net led to a cross-crease pass that found Joseph Serpa (1) who finished on the opportunity and netted his first career OHL goal. 1-0.

Jesse Fishman and Justin MacPherson picked up assists on the opening goal.

The period would end with the Rangers up by one and leading in shots 16-12.

At 6:03 of the second period, the Damiani (13) gave the Blueshirts an insurance goal when he wristed a shot just outside the hash marks high and far-side past Guzda and it was 2-0.

Reid Valade and Axel Bergkvist earned assists on the goal.

After 40 minutes of play, the Rangers continued to lead in shots 36-28.

Seconds after the Rangers first penalty expired, they found themselves on an odd-man break into the Attack end. Liam Hawel led the break and passed to Reid Valade who then found Greg Meireles (10) in-close. The Rangers co-captain roofed a backhander to extend the lead to 3-0.

The game would end with the game tied in shots at 45. It was Jacob Ingham’s second shutout of the season.

The Rangers next game, and last game before the Christmas break, is at home on Friday, December 20th against the Sault Ste. Marie Greyhounds at 7:30 pm. The Rangers season continues after the break on Saturday, December 28 at 4:00 pm in London versus the Knights.