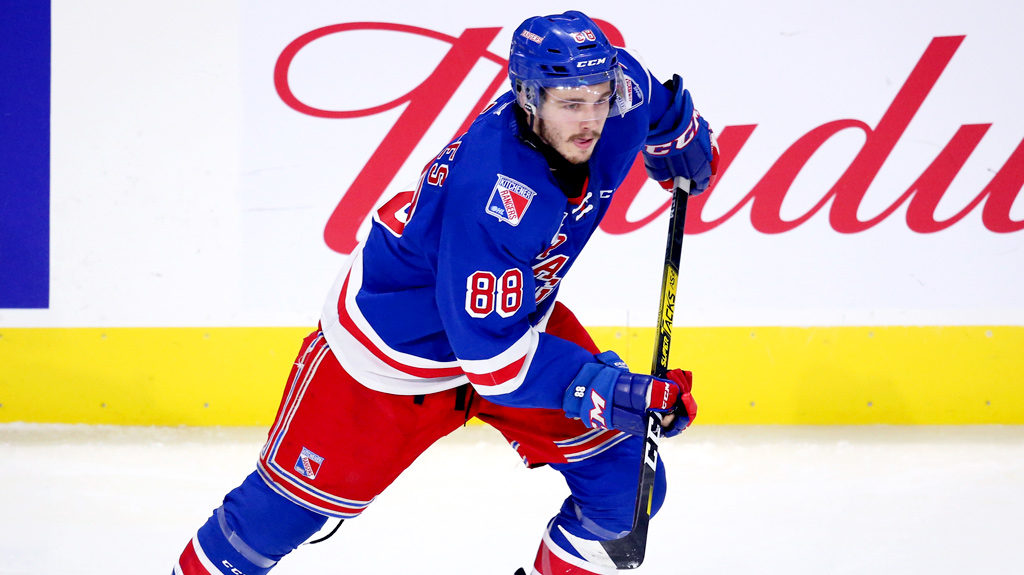 Jacob Ingham stopped 29 in the loss.

A quick, back-and-forth first period didn’t see goals for either side despite the Rangers having two power-plays to London’s one.

Shots after 20 minutes were 9-8 in favour of the Knights.

The Knights took the lead during a 5-on-3 advantage. A string of passes resulted in Conor McMichael (39) slap shot that beat Ingham at 3:10 to make it 1-0.

Thirty seconds later while still on the power-play, Ryan Merkley picked up his second assist of the night by passing down low to Jonathan Gruden (24) who slid it past Jacob Ingham to extend the Knights’ lead to 2-0.

Kitchener got a power-play goal of their own at the seven minute mark. After a number of opportunities and sustained offensive pressure, Riley Damiani (22) dragged the puck past a Knights defender and ripped a shot from the slot that found the back of the net to make it 2-1.

Greg Meireles picked up an assist on the goal.

The Knights restored their two-goal lead on the power-play. Again, it was Merkley but, this time, from behind the net finding Gruden (25) who went high from in-close on Ingham to restore the two-goal lead.

During some four-on-four play late in the period, the Rangers won a face-off in the Knights zone. A puck was shot off the end boards and came out to Damiani (23) who buried his second of the night at 17:14 to narrow the deficit at 3-2.

Reid Valade earned an assist on the goal.

At 5:00 of the third, a puck rebounded to Meireles (27) who put an innocent-looking backhand on net that beat Brett Brochu to tie it up, 3-3.

The Knights restored their lead just as a 4-on-3 penalty expired. Alec Regula (19) went high on Ingham to put London up by a goal, 4-3.

Liam Foudy scored the Knights third power-play goal of the night at 17:24 to make it 5-3.

Regula recorded his second goal of the night on an empty net while shorthanded to seal the deal with the 6-3 score.

The next Rangers home game is on Friday February 21st at 7:30 pm versus the Erie Otters. Their next road game is Saturday February 15th at 7:05 pm against the Saginaw Spirit.