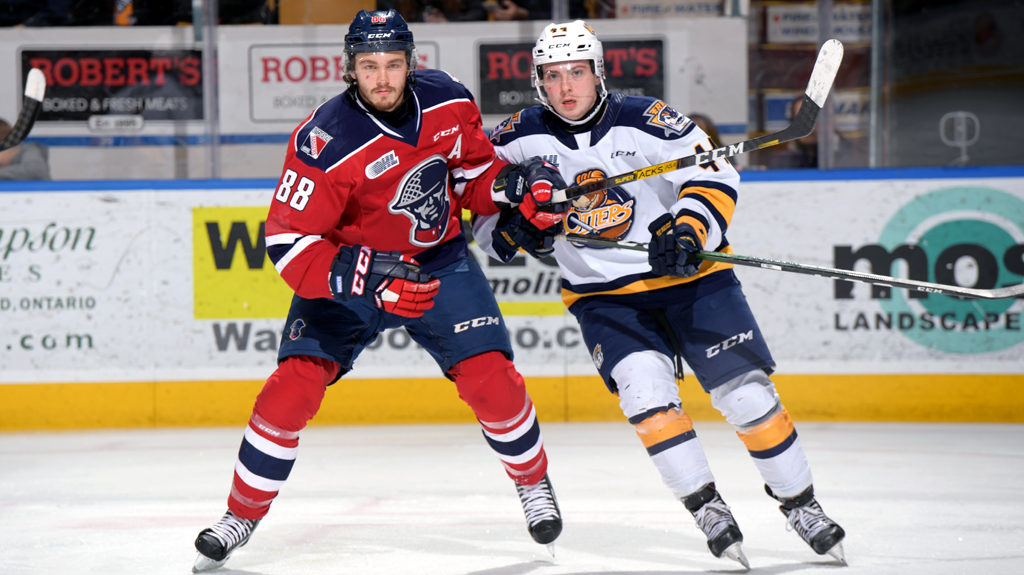 Liam Hawel scored twice for the Blueshirts while Donovan Sebrango added the game-winner on a power-play.

Jacob Ingham earned the first star by stopping 37 shots for the win.

The Rangers opened up the scoring at 1:11 of the first period. Liam Hawel (15), on assists by Riley Damiani and Arber Xhekaj, wristed a shot from the top of the face-off circle past Daniel Murphy to make it 1-0.

At 9:37, the Otters took a too many men on the ice penalty. On the ensuing power-play, Maxim Golod (21) got himself on a partial breakaway and beat Jacob Ingham high on his glove side to tie it up, 1-1.

At 11:38, after some cycling in the Otters end, Donovan Sebrango (6) scored a short-side power-play goal to restore the Rangers lead, 2-1.

Francesco Pinelli and Michael Vukojevic both picked up assists on the goal.

There was no scoring in the second period. The Otters continued to lead in shots, 33-23.

In the third period, despite a flurry of penalties to either side, the only goal came at 18:58 when Hawel (16) netted his second of the night to make it 3-1.