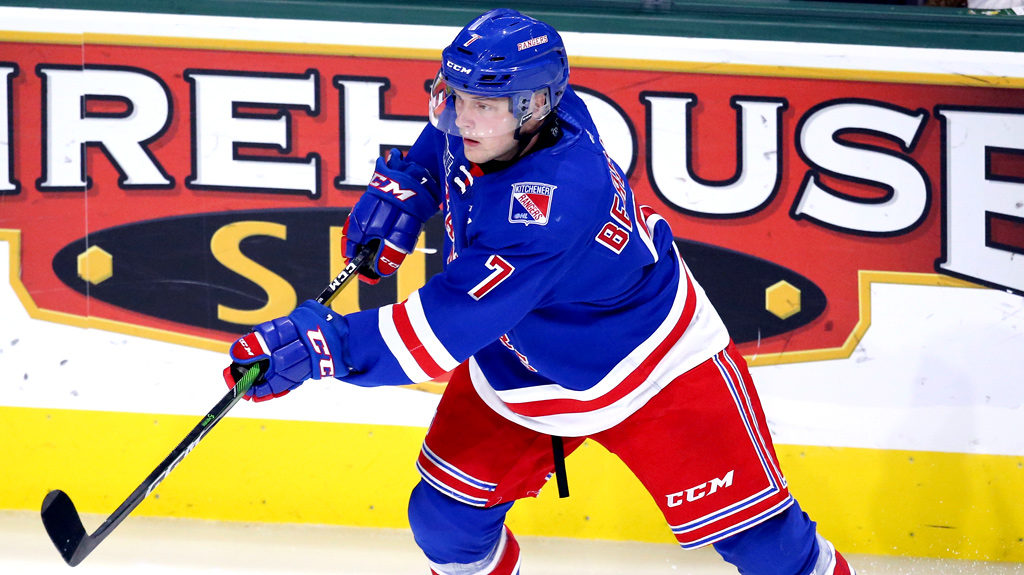 Jacob Ingham stopped 27 in the win.

In a game that was broadcasted nationally on Sportsnet, The Spitfires opened up the scoring at 4:13 of the first period. Louka Henault came streaking down the left-wing and passed across the top of the crease to an unmarked Tyler Angle (29) who scored on the one-timer to make it 1-0.

There would be no more scoring in the first 20 minutes. The Rangers led in shots 12-11.

Windsor took a too many men on the ice penalty at 9:03 of the second period. On the ensuing powerplay, at 9:19, Greg Meireles (28) spun around a Spitfires defender, got in-close on the net and went short-side and high to tie the game up 1-1.

Riley Damiani and Liam Hawel picked up assists on the goal.

17-seconds later, the Spitfires strung together a number of passes in the offensive zone that got Jacob Ingham out of position and Egor Afanasyev (31) scored to give them home side their lead back, 2-1.

For the second time in the period, the Rangers tied it up. Declan McDonnell fed Michael Vukojevic (5) the puck and the defenceman skated into the offensive zone, got deep, and the ripped a shot from the high slot and it was 2-2.

After 40 minutes of play, the Rangers continued to lead in shots 23-20.

With under a minute left in the game, while on a five-on-three powerplay, the Rangers took their first lead of the afternoon when Greg Meireles found Axel Bergkvist (9) down low. The defenceman elected to keep the puck and wrist one off the crossbar and in to make it 3-2.

Final shots on goal were 32-29 for Kitchener.