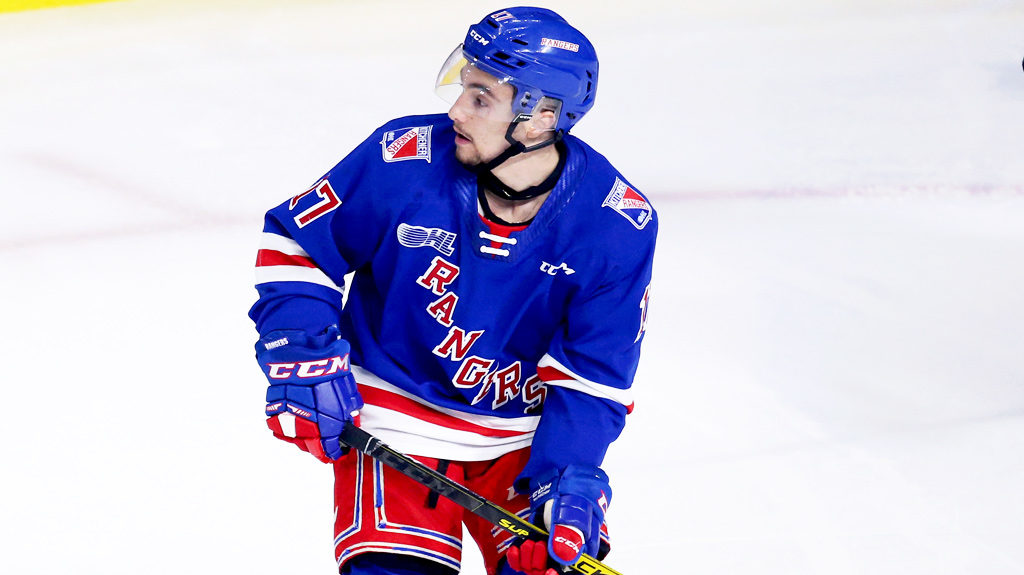 Jacob Ingham stopped 45 in the win.

Despite being down 15-1 in shots 14 minutes into the first period, it was the Rangers who struck first on the scoreboard. Mike Petizian, on a pass from Liam Hawel, wristed a shot from the face-off circle at 15:19 over the glove of Anthony Popovich to make it 1-0.

After one period of play, the Firebirds led in shots 17-7.

At 6:20 of the second period, the Rangers extended their lead when a Joseph Serpa (3) shot from the side of the net squeaked through the pads of a sprawling Popovich to make it 2-0.

Isaac Langdon and Declan McDonnell both picked up assists on the goal.

Holden Wale took a high sticking penalty at 11:38. On the ensuing power-play, Ty Dallandrea (32) made a move around a couple of defenders and wristed a shot past the blocker of Jacob Ingham to make it 2-1.

The Rangers restored their two-goal lead at 1:21 of the third period when Riley Damiani forced a mid-ice turnover, got himself on a breakaway and scored and it was 3-1.

At 12:04, Donovan Sebrango fed the puck to Petizian who shot the puck five-hole on Popovich to extend the lead to 4-1.