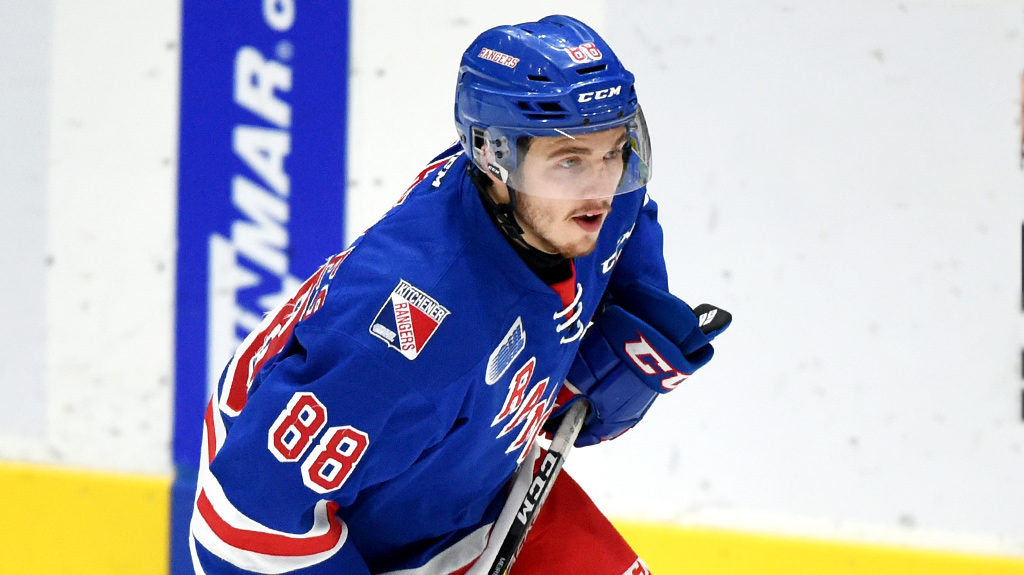 The first period saw a number of chances for both teams, including breakaways for either side. However, Jacob Ingham and Marshall Frappier remained perfect saving 14 and 9 shots respectively to keep the game scoreless after 20 minutes of play.

Kitchener broke the deadlock at 7:33 of the second period when a pass from Arber Xhekaj across the blueline to Graham Dickerson (1) led to the left-winger getting a partial break to the net before wristing it past Frappier to make it 1-0.

Saginaw evened up the score at 14:07 when an outside shot by Ilya Solovyov was tipped by Josh Bloom (3) past the outstretched skate of Ingham to make it 1-1.

Shortly after, at 15:48, a quick cross-crease pass by Cole Perfetti was finished by Damien Giroux (23) to give the Spirit the lead, 2-1.

As the period wound down, the Rangers were on a powerplay after DK King took a four-minute high-sticking penalty. With 13-seconds remaining, Greg Meireles (15) threaded the needle on a shot from the side of Frappier’s net to tie the game, 2-2.

At 1:51, a pass up the ice by Ingham to Jonathan Yantsis led to an incredible solo effort by the Rangers leading goalscorer to net his 24th of the season and make it 3-2.

Meireles (16) would add another at 14:59 after a slight hesitation on a wrist shot that fooled Frappier just enough to fire it past the Spirit netminder. It was 4-2.

The final shots on goal were 35-31 for the Spirit.