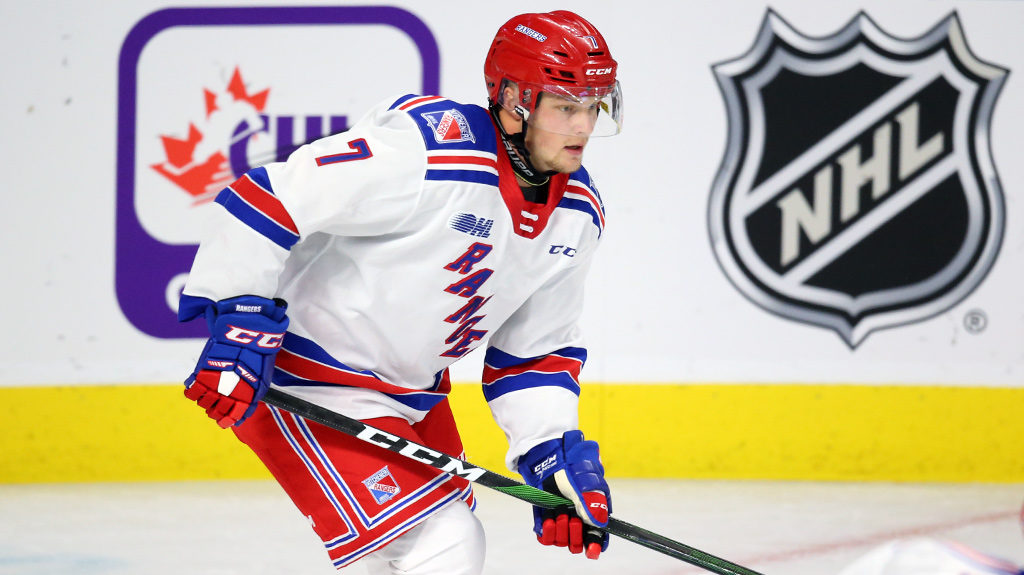 Despite going down 2-0, the Rangers tied the game up after two periods on goals from Axel Bergkvist and Liam Hawel.

Kitchener took their first lead in the third on a Jonathan Yantsis goal but that lead only lasted 56 seconds.

Finally, a goal by Francesco Pinelli, his eighth, gave the Rangers the lead and the win, 4-3.

Jacob Ingham saved 23 in the win.

On the Spitfires’ second powerplay of the night, at 16:42 of the first period, the home side scored when an Egor Afanasyev shot rebounded off the pad of Jason Ingham right to Will Cuylle (8) who rifled home the game’s first goal to make it 1-0.

The period came to an end with the Spitfires on their third powerplay of the game after Axel Bergkvist laid a hip check on Cole Purboo.

The Rangers pulled within one at 11:29 while on the powerplay. Greg Meireles made a pass to the blueline and Axel Bergkvist (1) unloaded a shot on the net of Kari Piiroinen that went off the post and in to score his first OHL goal. That made it 2-1.

At 15:45, sustained offensive pressure by the Rangers saw Greg Meireles, from the endboards, pass out to Francesco Pinelli to then passed it to Liam Hawel (8) who shot from just above the slot and tied it up, 2-2.

The second period ended with the Rangers up in shots 19-16.

Kitchener took their first lead of the night on the powerplay at 8:48 when Damiani put a puck on net that found Jonathan Yantsis (14) who swept it into the back of the net to make it 3-2.

Axel Bergkvist also picked up an assist on the goal.

Just 56 seconds later, Jean-Luc Foudy (10) tied it up on a solid individual effort to tie the game up once more, 3-3.

The Rangers retook the lead at 15:29 when Meireles made a cross-ice pass to Francesco Pinelli (8) who chipped the puck in over the pad of Piiroinen and it was 4-3.

Pinelli’s goal ended up being the game-winning goal as the Rangers fended off the extra attacker to earn their fourth victory in a row.

Final shots on goal were 26-22 in favour of the Spitfires.