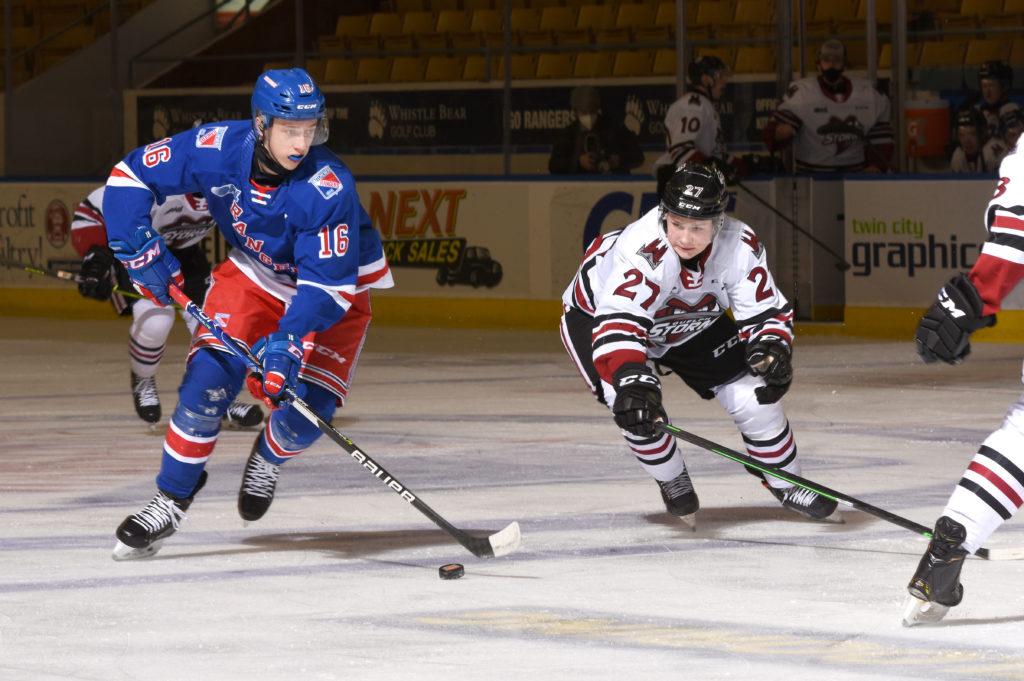 The Kitchener Rangers welcomed the Guelph Storm to The Aud on Sunday night for our only game this weekend.

Midway through the 1st period, Guelph opened the scoring to jump out to a 1-0 lead. The Rangers pushed for the equalizer, but Guelph was able to add another goal to their lead with two minutes remaining. Guelph took a 2-0 lead into the 2nd period and the Rangers would look to bounce back.

Francesco Pinelli wristed a shot from the slot and scored to cut Guelph’s lead in half, 2-1. Guelph would respond immediately after, extending their lead to 3-1. Just past the halfway point of the period, Roman Schmidt scored his 8th goal of the season and pulled the Rangers within one. Guelph’s Sasha Pastujov responded and made it 4-2. They would add another before the end of the period, taking a 5-2 lead into the 3rd.

Guelph would take this game by a final score of 7-4. The Rangers will look to rebound next weekend.

Our next home game is Friday, January 21st at 7:30 p.m against The Windsor Spitfires.