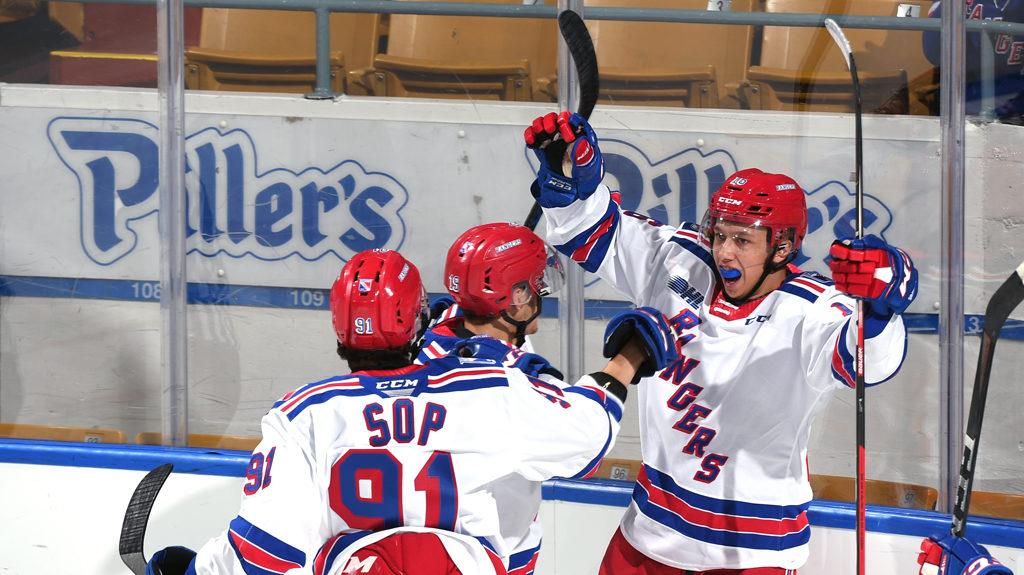 It’s good to be back. Fans from across #RTown were back inside the Aud for the first time in 553 days (our last home game was Friday, March 6th vs the Barrie Colts).

Capacity was limited to 1000 – but that didn’t stop fans from getting loud to help the Blueshirts to a 5-2 win over Barrie.

First-round 2021 OHL Priority Selection choice Carson Rehkopf opened the scoring 1:38 into the first period for his first OHL pre-season goal and led the Rangers with five shots on net.

Defenceman Roman Schmidt also found the back of the net in his debut with the Rangers. Rookie goaltender Jackson Parsons recorded 26 saves on 28 shots in net for Kitchener.

Our next exhibition game at home is scheduled for Friday, September 22nd – you can still purchase tickets here: https://bit.ly/RangersExhibitionTix