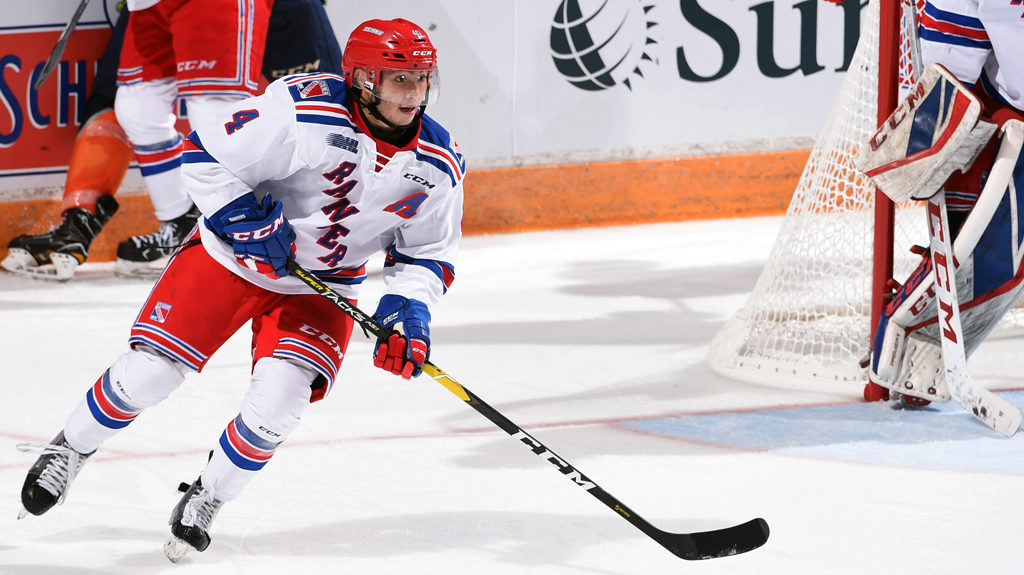 Joseph Garreffa led the way for Kitchener, earning a hat trick and one assist on the night. Rickard Hugg scored two and Donovan Sebrango scored one and assisted on one to give the Rangers the win, 8-4.

The win moved the Rangers to 6th place in the Western Conference, one point behind the Owen Sound Attack with a game in hand.

It was only Kitchener’s second shot of the night and it came at 14:26, but Joseph Garreffa found a wide-open Greg Meireles on goaltender Daniel Murphy’s left-side and Meireles wristed home his 24th goal of the season to give the Rangers the early lead, 1-0.

Cole Cameron also picked up an assist on the opening goal.

At 17:00, Ryan Martin took a hooking penalty which gave Kitchener their second powerplay of the game. On the ensuing powerplay, Chad Yetman broke into the Rangers defensive zone, deked around two defenders and dished it to Gera Poddubnyi who netted his 24th to tie it up, 1-1.

Just 30-seconds later, still on the powerplay, Michael Vukojevic, on a puck off the end-boards, scored his third goal of the season high and short-side on Murphy to give the Rangers back the lead, 2-1.

Alexey Lipanov and Donovan Sebrango assisted on the go-ahead goal.

The first period ended with the Otters leading in shots 12-5.

The second period began with plenty of action.

At just 1:18, Jonathan Yantsis found Garreffa unmarked in front of the net and Garreffa redirected Yantsis’ pass into the back of the net for his 16th to make it 3-1.

The two-goal cushion was short-lived, however, as Petr Cajka fired home his 16th past Luke Richardson to shrink Kitchener’s lead to 3-2.

Once again, the Rangers fired right back. A couple of passes between a streaking Rickard Hugg and Riley Damiani ended up with the captain, Hugg, scoring his 23rd of the season to restore the two-goal advantage, 4-2.

Ryan Stepien also earned an assist on the goal.

At 10:00, Isaac Langdon exercised his patience on a two-on-one before passing the puck cross-ice to Donovan Sebrango who made good on the opportunity to score his fourth goal of the season to make it 5-2.

The lead grew to four when Yantsis found Garreffa who wired home his second of the night to put the Rangers up 6-2.

Period two would come to an end with the Otters leading in shots, 19-16.

38 seconds into the third period, Garreffa, from behind the net of the Otters’ new goaltender Cole Ceci, found Hugg in front and he wristed it home for his second of the night to make it 7-2.

The hat trick was completed by Garreffa at 9:03 when yet another Rangers cross-ice pass deep in the Otters’ defensive zone, this time from Justin MacPherson, ended up on Garreffa’s stick and he unloaded one past Ceci to put the Rangers up 8-2.

Cajka struck back for Erie at 10:26 when he fired a one time pass past Richardson to make it 8-3.

Finally, at 18:14 the game’s final goal was scored by Erie’s Jamie Drysdale, his fourth, and that made it 8-4.

The Rangers next home game is on Friday, February 8 at 7:30 pm versus the Hamilton Bulldogs. The next road game for Kitchener is on Sunday, February 10 at 2:05 pm vs the Sarnia Sting. 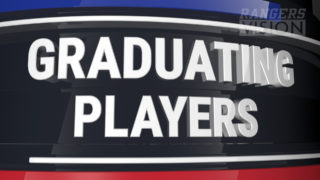