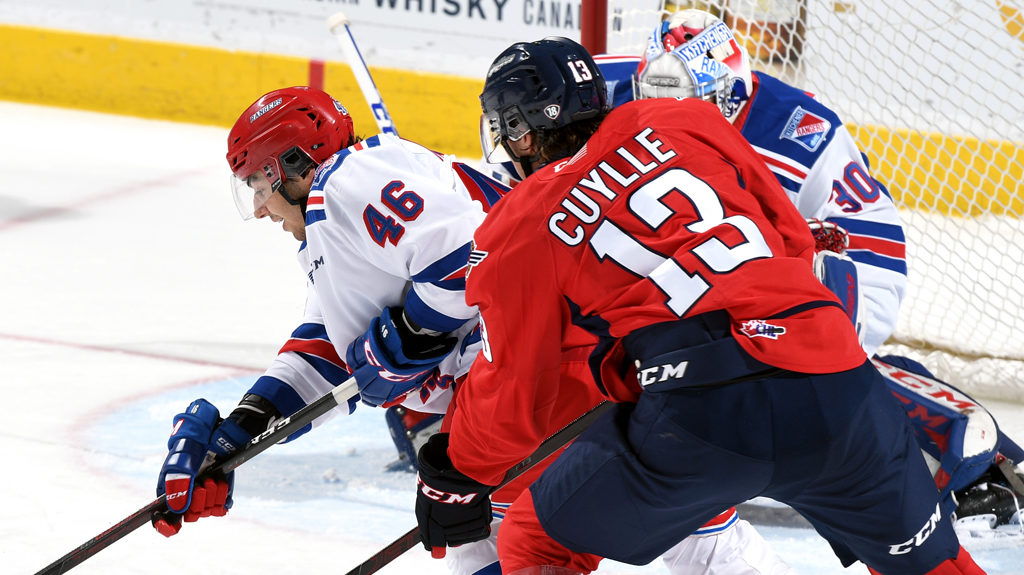 The Kitchener Rangers beat the Windsor Spitfires 3-2 in a shootout to keep their perfect season alive at 5-0.

In the 1st period, Simon Motew scored his first of the season from a nice feed by Declan McDonnell to put the blue shirts up 1-0. Shortly after, the Rangers got into some penalty trouble, with Windsor capitalizing on their second powerplay to tie the game 1-1.

To start the 2nd, the Rangers killed off a penalty to give them a little momentum, but the game remained tied. About seven minutes into the period, Matthew Maggio extended Windsor’s lead to 2-1.

The Rangers started the 3rd period much better, with Roman Schmidt scoring his fourth of the season which made it a 2-2 game. The rest of regulation solved nothing as the Rangers and Spitfires headed into OT.

Overtime saw no one score but saw goalie Pavel Cajan shine as the Rangers were shorthanded for the first half of the frame.

In the four-round shootout, the Rangers got goals from Francesco Pinelli, Mike Petizian, and Carson Rehkopf to edge the visiting Windsor Spitfires 3-2. 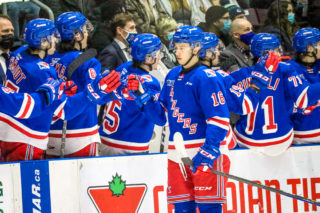 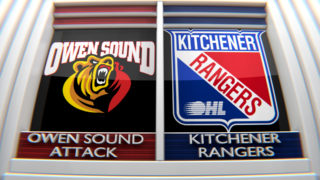 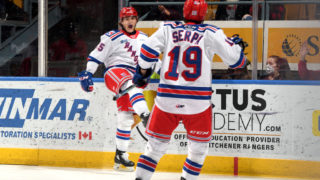 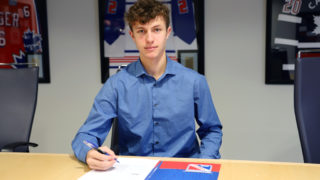 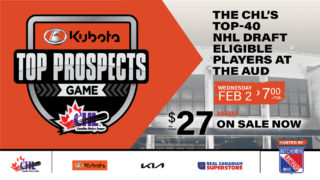 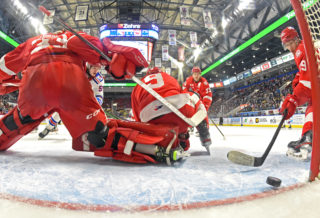