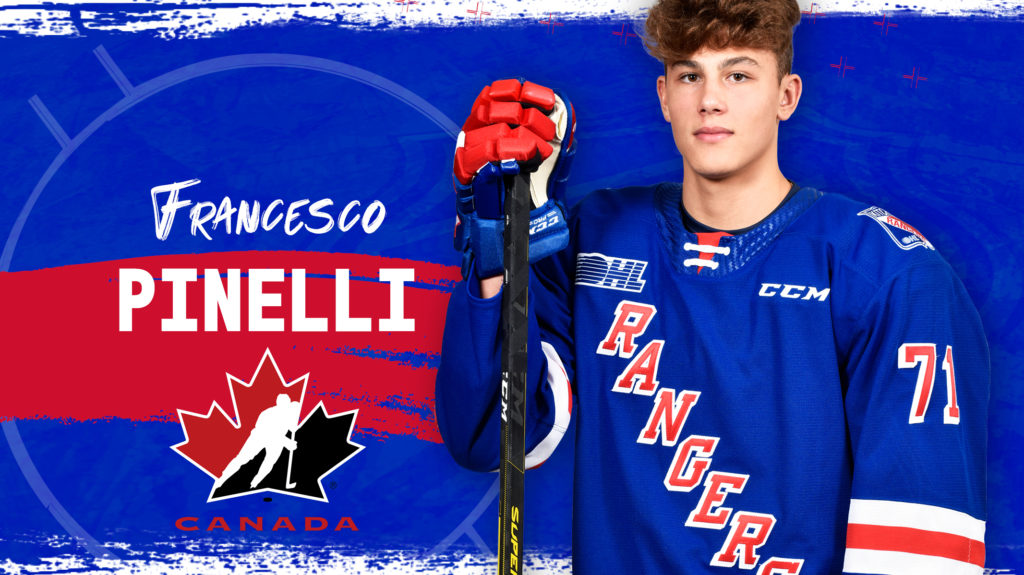 CALGARY, Alta. – Hockey Canada has unveiled the 25 players named to Canada’s National Men’s Under-18 Team for the 2021 IIHF U18 World Championship, April 26-May 6 in Frisco and Plano, Texas.

“We are excited to announce the 25 players that have been selected to wear the Maple Leaf at the 2021 IIHF U18 World Championship. Despite a difficult year for our players and staff, we are confident this group will represent our country with pride while giving us a chance to compete for a gold medal in Texas,” said Millar. “We are also pleased to have Dave, Mike and Gordie as a part of our coaching staff, and to welcome a number of excellent support staff who bring unique skills to our team. We know the extensive experience of our coaching staff and the dedication of our support staff will greatly benefit our team at the world championship.” 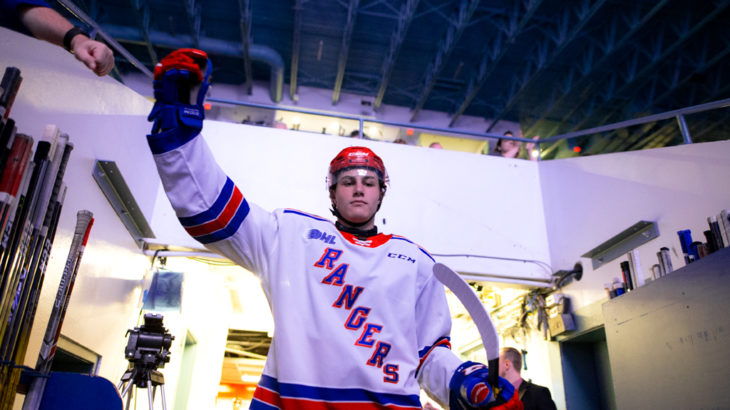 Kitchener Rangers forward, Francesco Pinelli is one of the 25 players announced today by Hockey Canada.