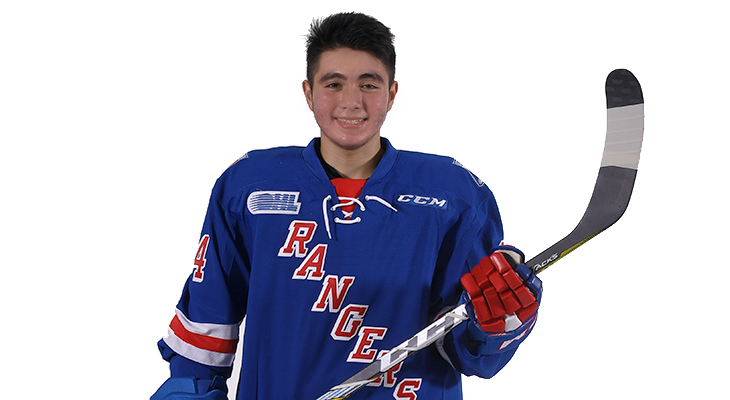 “I told myself before the game I was just gonna relax and have fun.”

Turned out to be a pretty good game plan for Joseph Garreffa.

Garreffa registered the first two-goal game of his OHL career and first four-point game, as the Kitchener Rangers (12-7-0-1) skated to a 7-4 victory over the Peterborough Petes (9-10-0-3) in front of 1,949 fans at the Peterborough Memorial Centre on Thursday night.

Jeremy Bracco was also a force on the score sheet, registering his second career hat trick – all goals coming in the third period – and adding an assist for good measure to finish with four points and a plus/minus of +4 with eight shots on goal.

Bracco may have registered four points but he needed only one to continue his season long point streak, which now sees his point totals increase to 14 goals and 21 assists for 35 points in 17 games played.

A tad overshadowed were the efforts of Adam Mascherin, who himself had a three-point night with a goal and two assists and has registered points in 14 of his last 15 games, being held off the score sheet just twice all season.

Dawson Carty backstopped the Rangers to the win in goal, improving his record to 10-4-0-1 while making 28 saves.

Dylan Wells (8-8-0-2) took the loss in the crease for the Petes, who suffered their fifth straight loss.

Connor Hall opened the game’s scoring, giving the Rangers a 1-0 lead with his first of the season, unassisted, at 8:18 of the opening frame.

Just over three minutes later the Petes would respond, as Zach Gallant made it 1-1 with a power play marker at 11:39, from Nick Grima and Matt Spencer.

The Rangers would answer back with a power play marker of their own before the period was out, as Mascherin tallied his 12th goal of the season, from Bracco and Garreffa at 18:01.

Kitchener would take the 2-1 lead into the first intermission while outshooting the Petes in the first 20 minutes, 12-9.

Garreffa scored his fifth of the season to give the Blueshirts a 3-1 lead at 5:49 of the second period, assisted by Frank Hora. His third point and second goal of the game came with a burst of speed down the short side, making it 4-1 Kitchener at 10:23 with Mascherin picking up the lone helper.

Shots on goal were 24-18 Kitchener through 40 minutes, including 12-9 Rangers in the second period.

Matthew Timms scored his second of the season to cut the Rangers lead to 4-2, assisted by Pavel Gogolev and Gallant at 7:13 of the third period.

Bracco tallied his 12th of the season giving the Rangers a 5-2 lead on the power play – which proved to be the game winner – from Greg Meireles and Mascherin at 12:59.

Logan DeNoble’s first of the game came less than a minute later, cutting the Kitchener lead to 5-3 from Matyas Svoboda and Timms at 13:55.

Bracco and DeNoble would again exchange goals, as Bracco responded with his second of the night during four-on-four play to make it 6-3 Rangers, from Garreffa and Elijah Roberts, at 16:12.

DeNoble answered back on the power play from Timms and Kyle Jenkins with exactly two minutes to play.

Bracco completed the hat trick with his 14th of the season into an empty net, as Hora picked up his second assist of the night at 18:56 to close out the six-goal scoring flurry in the third period.

Third period shots on goal were 13-10 Peterborough, and 34-31 Kitchener at the final buzzer.

Kitchener was 1-for-5 on the power play while Peterborough was 2-for-6 with the man advantage.

The Rangers have a quick turnaround, as they return home to host the Oshawa Generals tomorrow night, Friday, November 18 at 7:30pm. They close out the busy week as they host division rival Guelph Storm on Sunday, November 20 at 2pm. 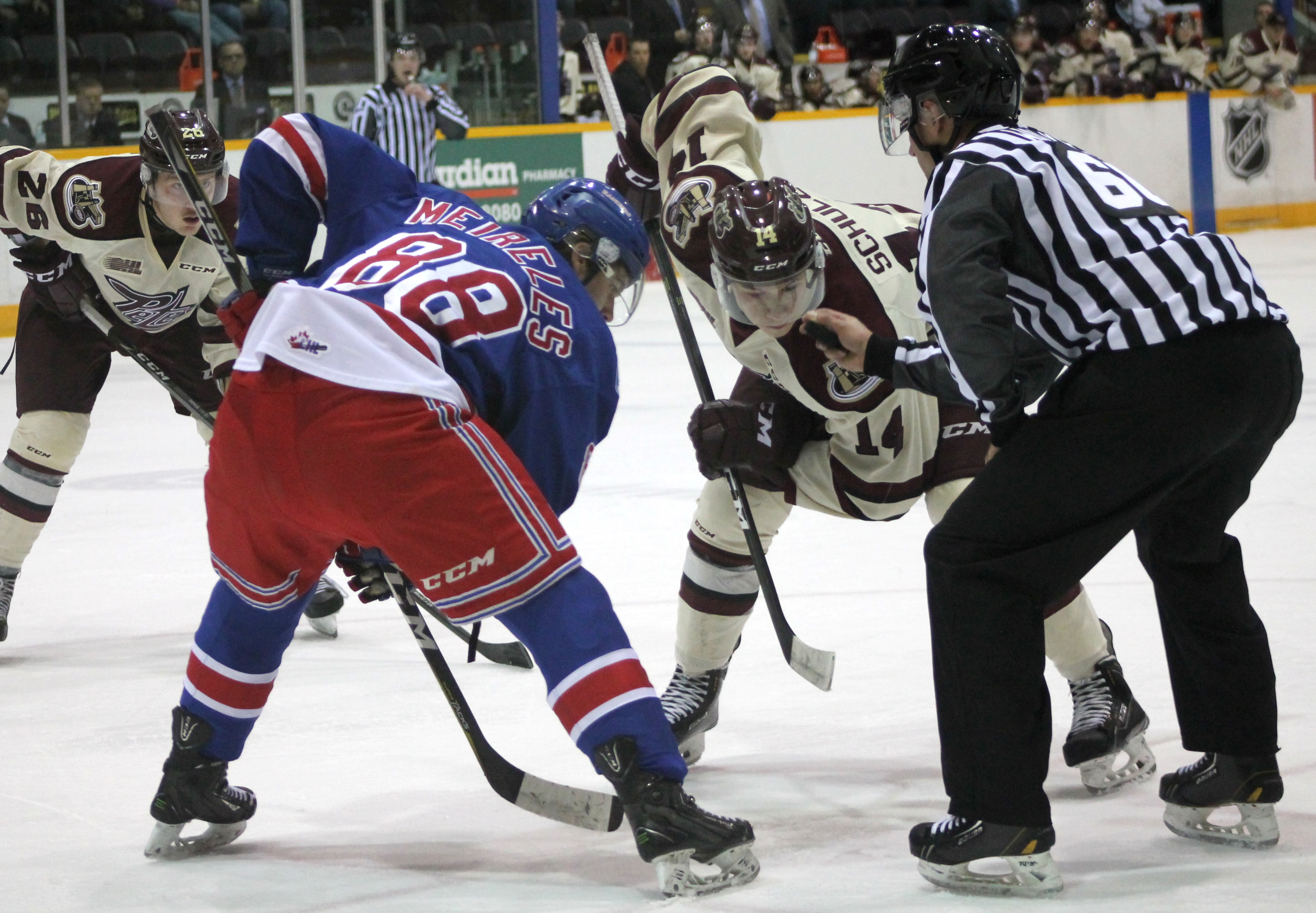