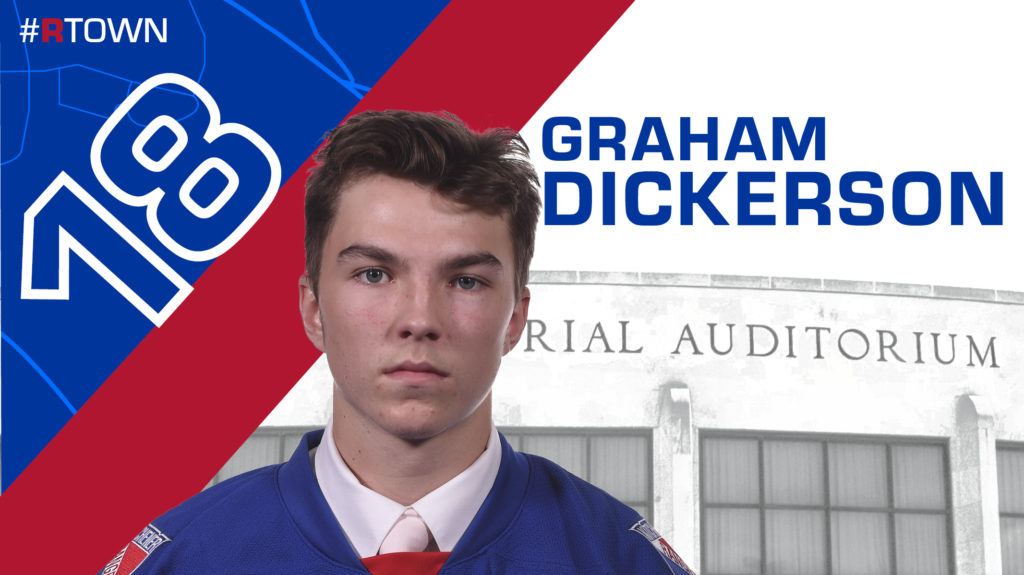 The Kitchener Rangers announced today that forward Graham Dickerson has committed to an Ontario Hockey League standard player agreement with the Club.

The 17-year-old, Port Hope, ON native was the 14th round and 13th selection by the Rangers in the 2017 OHL Priority Selection. Prior to signing with the Rangers this season, the 6 foot, 185lb forward was a member of the OJHL’s Whitby Fury, where he notched eight goals and 13 points in 16 games played.

During the 2017-18 season, Dickerson suited up for the Port Hope Panthers tallying 26 goals, 27 assists for a total of 53 points in 37 regular season games played. He also added three goals and eight points in 16 playoff games.

“We would like to welcome Graham to the Rangers,” said general manager Mike McKenzie. “He has shown he can produce and be a very good player at every level he has played. From minor hockey, to Jr. C, to Jr. A, he has earned the opportunity to continue his development in the OHL. His speed, work ethic and willingness to go to hard areas to score are things that stand out when you watch him play. We are excited to welcome Graham to Kitchener and look forward to seeing him in a Rangers uniform.” 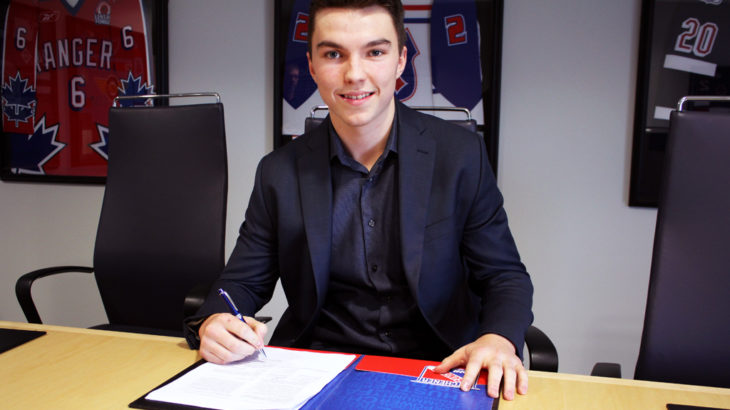