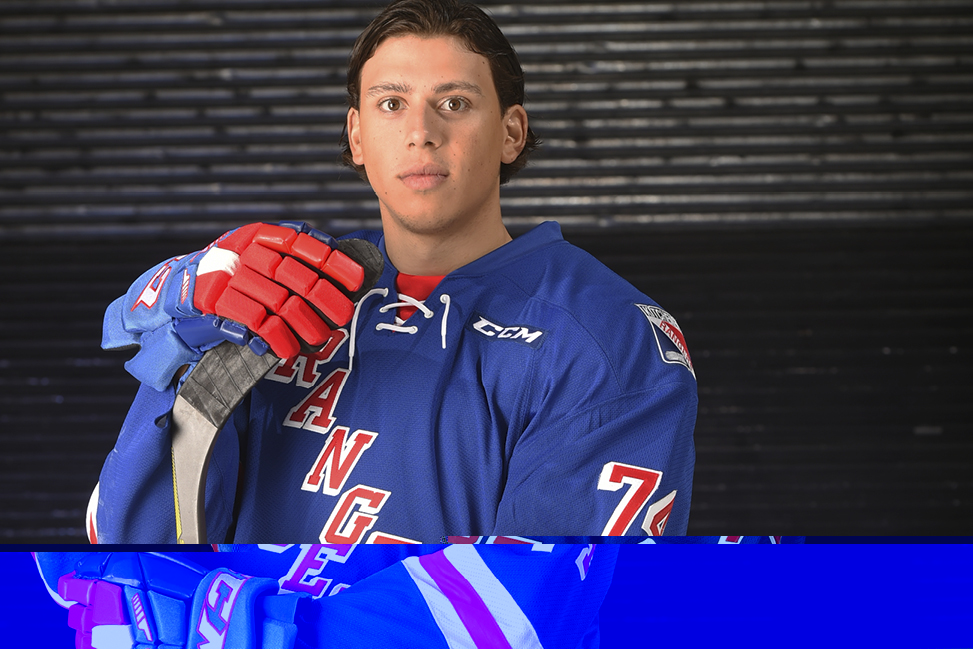 Dumont-Bouchard was tagged for three goals on 25 shots, while Villalta needed 27 saves for his sixth win of the season.

The Greyhounds took the 3-1 lead just past the midway point of the final frame, but the Rangers kept things interesting, bringing themselves to within one with under five minutes to play.

The Rangers attempted to pull Dumont-Bouchard in favour of an extra attacker in a bid to tie the game, but a miscommunication on the Kitchener bench led to the visitors being assessed a penalty for too many men as the extra skater took to the ice before Dumont-Bouchard could leave the ice.

Despite the loss, Rangers’ head coach Jay McKee was happy with his teams compete level and how his club matched up against the western conference leading Greyhounds.

“They’re very high risk, high reward,” McKee said of the Soo’s offensive tendencies. “A couple times during the game they were able to get behind our defence and create quality chances. They want to pound the offence that way, and they’re having success.

“I thought our compete level was high for the first 40 minutes,” he continued in a post-game interview with 570 News. “We were trying to get all four lines involved tonight, and with that being said I thought it was a good game from our team, all around. Unfortunately, that shorthanded goal for them cost us.”

A shorthanded goal in the third period from Hayden Verbeek put the Soo up 3-1, and proved to be the game winning goal.

Connor Bunnaman and Greg Meireles each notched a goal and an assist for the Rangers, who continue their weekend of three games in three days tomorrow night in Saginaw against the Spirit.

The game’s scoresheet was etched by the Greyhounds just 90 seconds into the game as Morgan Frost capitalized on a breakaway on the host’s second shot of the game. Conor Timmins and Noah Carroll picked up the assists on the goal which gave the Greyhounds a 1-0 lead at 1:30.

It was the lone goal of the opening frame, which saw the Greyhounds lead on the shot clock, 10-9.

The Rangers would tie the game with just over four minutes to play in the second, as captain Bunnaman tallied his first of the season at the 15:15 mark, with Meireles earning the lone assist.

The game was tied 1-1 heading into the second intermission, with the Rangers leading in shots, 19-16.

Barrett Hayton gave the Soo a 2-1 lead at 4:29 of the third, from Jack Kopacka and Anthony DeMeo.

With the Rangers on the power play, Meireles brought the Rangers to within one making it a 3-2 game. The goal was reviewed after it was thought to potentially be offside, but the goal would stand, with the assists to Adam Mascherin and Bunnaman at 15:37.

The Rangers would finish the game going 1-for-5 on the power play, while the Soo was 0-for-6 with the man advantage, but registered the shorthanded marker.

Anthony Dumont-Bouchard (KIT) (3), Barrett Hayton (SSM) (2), and Matthew Villalta (SSM) (1) were selected as the Three Stars of the Game.

Logan Stanley, Connor Hall, and Mascherin each wore an “A” and skated as alternates to Rangers’ captain Bunnaman.

Their next game on home ice at The Aud is Friday, October 20th when they host the London Knights at 7:30pm.