IceDogs retaliate with win over Rangers in final exhibition game 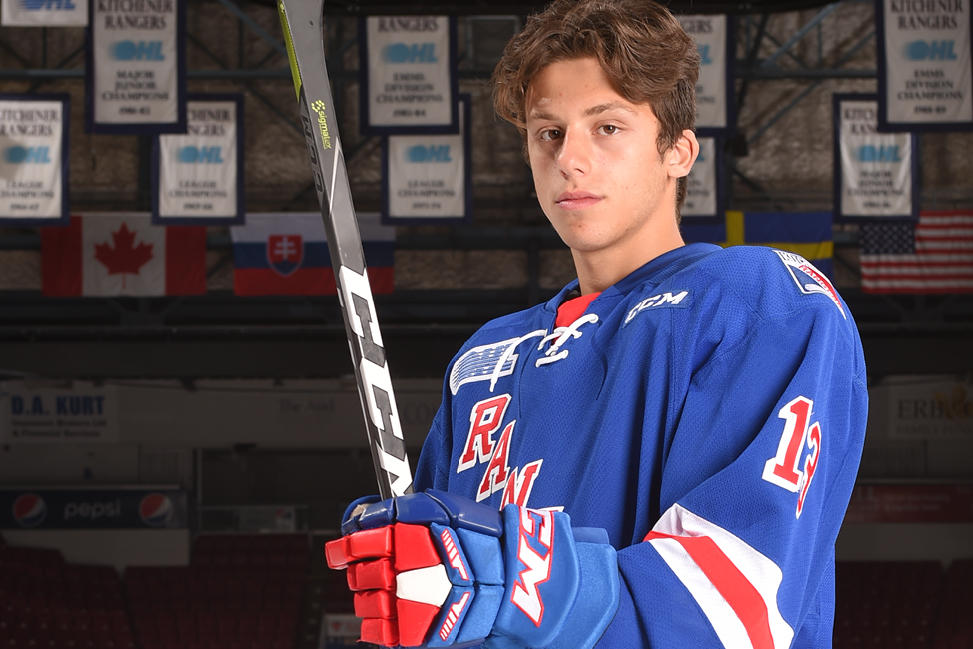 The Niagara IceDogs once again put five goals on the board against the Kitchener Rangers, but this time it proved to be enough as the visitors skated to a 5-2 win in front of 1,615 fans at the Kitchener Memorial Auditorium on Saturday afternoon.

Much like the game between these two teams a night prior, once the goals started they came in bunches as the IceDogs scored three goals in a span of just 2:07 early in the opening period.

The Rangers would answer back, however, eventually climbing to within one in the second period but it was all Niagara in the third to close out the victory.

Stephen Dhillon got the start in goal for the second straight day for the IceDogs and this time earned the win, allowing two goals on 30 shots.

Anthony Dumont-Bouchard took the loss between the pipes for the Rangers, making 24 saves on 29 shots.

Niagara’s Ondrej Machala gave the visitors a 1-0 lead just 28 seconds into the afternoon, with Danial Singer picking up the lone assist.

At 1:38 it was a 2-0 game after Matthew Philip tallied his first of the preseason, from Singer and Machala.

Just 57 seconds later the IceDogs added another to make it 3-0 on the stick of Philip Tomasino, assisted by Andrew Bruder and Johnathon Schaefer at the 2:35 mark, which rounded out first period scoring.

First period shots on goal were 14-10 in favour of Niagara.

Just over two minutes into the middle frame the IceDogs were whistled for tripping, giving the Rangers their second power play opportunity of the afternoon.

With 20 seconds left in the man advantage Jake Henderson got the home side on the board, making it a 3-1 game from Jack York and Cole Carter at 4:26.

With the Blueshirts on another power play nearing the final five minutes of the period, Giovanni Vallati found Riley Damiani with a pretty feed on a 2-on-1 to again bring the Rangers to within one, 3-2, at 14:53. Greg Meireles picked up the secondary assist on the goal, which closed out second period scoring.

Shots on goal in the second period of play were 15-6 Kitchener for a two-period total of 25-20, Rangers.

The Rangers wouldn’t manage to notch the equalizer, however, as it was instead the visitors who extended their lead to 4-2. Andrew Somerville at 4:17 of the third period, from Bradey Johnson and Billy Constantinou, proved to put the game out of reach for the Rangers.

Kyle Langdon finished off a 2-on-1 of his own with teammate Schaefer, making it a 5-2 game in favour of the eastern conference opponents and closing out the afternoon’s scoring, as well as preseason play for both teams.

Final shots on goal were 30-29, Kitchener, including 9-5 Niagara in the third period.

The Rangers finished the game 2-for-6 on the power play while the IceDogs were 0-for-3 with the man advantage.

Alex Peterson, Joseph Garreffa and Kyle Gentles each wore an “A” and skated as alternate captains.

Prior to the game the team held it’s 20th annual Fan Fest and Barbecue in favour of Children’s Wish. The team thanks all of Rangers Nation who came out to interact with the players, enjoy the rides and BBQ, and of course, support Children’s Wish.

The Rangers open their 2017-18 regular season schedule with their home opener on Friday, September 22nd as they play host to the Flint Firebirds at 7:30pm.