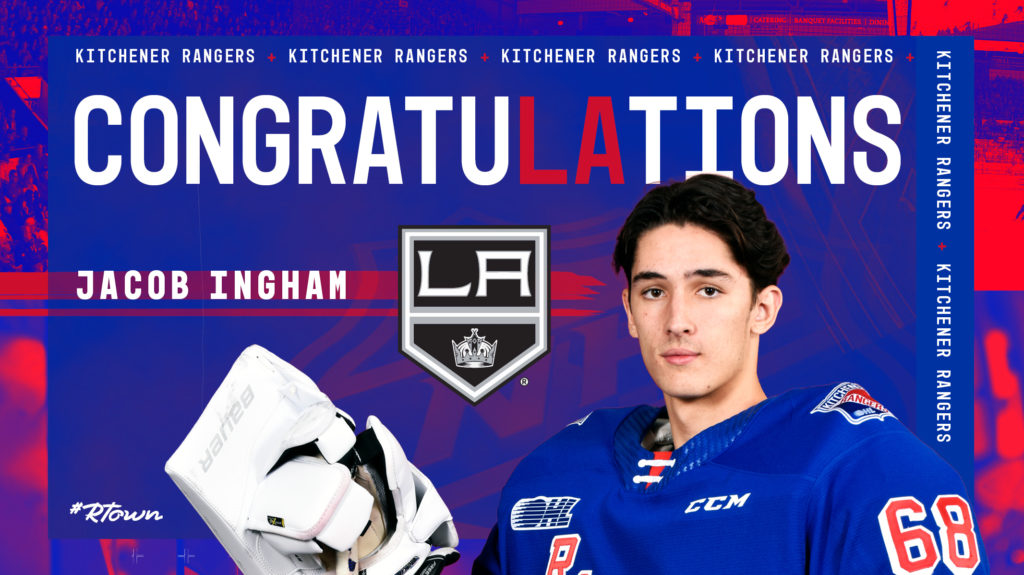 The native of Barrie, ON is coming off a season in which he led the Ontario Hockey League in wins (33) and posted a 2.96 goals-against average, .917 save percentage, and two shutouts.

At the conclusion of the regular season, Ingham was named the Rangers’ Most Valuable Player while also being presented with the team’s Humanitarian Award for his work as an ambassador for Hockey Gives Blood.

He is also among 20 finalists for the OHL’s Most Outstanding Player award.

Drafted by the Kings in the sixth round (175th overall) of the 2018 NHL Draft, the 19 year-old described it as “an honour” to sign with the team.

“I’m really excited about what’s in store with the Kings,” said Ingham, who has compiled a career 93-61-9 record in 177 regular season OHL games.

“I want to thank all of the Kitchener Rangers staff and fans for all the support they showed me and team over the past season.”

Rangers general manager Mike McKenzie commented how excited the organization is “to see Jacob reach one of his goals by signing an NHL contract.”

“He had a great season and is very deserving of this.”