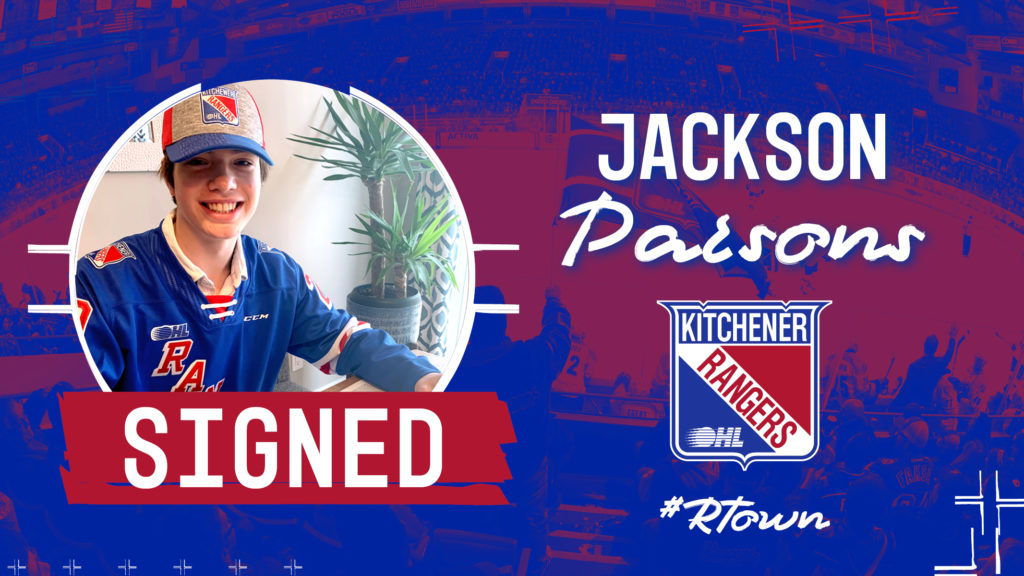 Parsons was the team’s third-round pick (53rd overall) in the 2020 OHL Priority Selection. He finished his Hockey Eastern Ontario Minor AAA season with a 2.28 goals against average in 23 games with the Cornwall Colts.

The 6’0”, 185-pound native of Embrun, ON also posted a .929 save percentage and three shutouts while playing just under 1,300 minutes this past year.

“Jackson is a quick and athletic goalie that had a very good season,” said General Manager Mike McKenzie.

“He was a guy that was on our radar as one of the top goalies in the draft and we were extremely excited to draft him and even more excited to see him sign with our team,” he said, adding, “We would like to welcome Jackson and his family to the Rangers.”