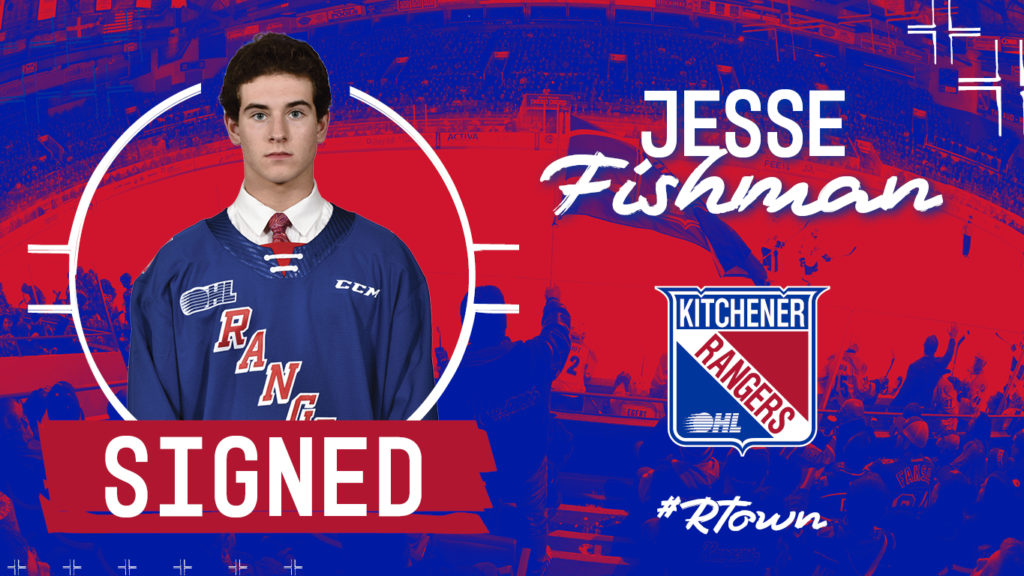 The Kitchener Rangers announced today that forward Jesse Fishman has committed to an Ontario Hockey League standard player agreement with the club.

The 16-year-old was the fourth round (79th overall) pick by the Rangers in the 2019 OHL Priority Selection. The Thornhill, ON native was a member of the Mississauga Rebels during the 2018-19 season where he registered 15 goals and 12 assists for 27 points. He also recorded 8 points (5 goals, 3 assists) in 6 games at OHL Cup this past March.

“We are extremely excited to add Jesse to our team. We know he had a lot of options – like all good players do – and are thrilled he and his family have made the decision for Jesse to continue his development in Kitchener,” said Rangers General Manager Mike McKenzie.

“He is quick, plays hard and can create offense. He will fit well with the team we have and add to our already good group of young players.”

Fishman agreed with that assessment, describing himself as “a team-first player” that “will do whatever it takes for the team’s success.”

“I would describe myself as a two-way forward who can get the job done on both ends of the ice and I … think one step ahead of everyone around me – so that’s a plus,” said Fishman.

The centreman, who recently attended the Rangers’ training camp, commented on how his familiarity with the team will make for an easier transition.

“I’m looking forward to the all the guys and the coaching staff showing me the ropes and getting used to the style of play.”