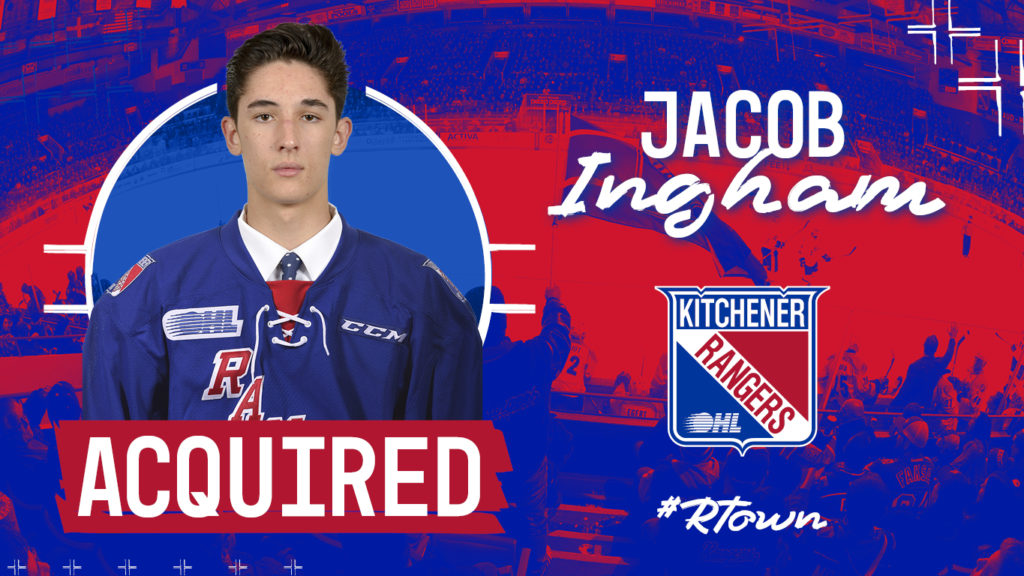 The Kitchener Rangers have acquired goaltender, Jacob Ingham from the Mississauga Steelheads.

In exchange, the Steelheads will receive:

The Barrie, ON native, is entering his fourth Ontario Hockey League season in 2019-20 after being selected by the Steelheads in the 2nd round, 26th overall in the 2016 OHL Priority Selection.

This season, Jacob was named the OHL’s ‘On the Run’ Player of the Week for the regular season week ending February 10 posting a 3-0-0-0 record with a goals-against-average of 1.26 and save percentage of .956.

“We are very excited to acquire Jacob and happy to welcome him and his family to the Rangers organization,” said general manager, Mike McKenzie. “He will be a huge part of our team moving forward. We feel his best hockey is still ahead of him and we look forward to seeing him continue his OHL career in a Rangers uniform.”