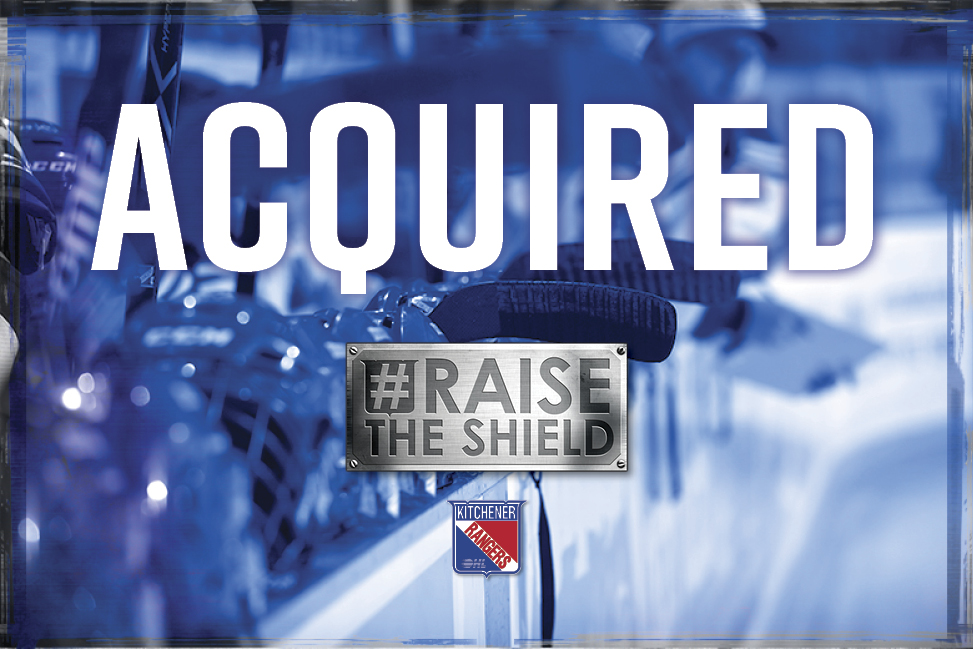 The Kitchener Rangers announced today they have acquired right winger Kole Sherwood from the Flint Firebirds.

In exchange, the Firebirds will receive:

His rookie season in London in 2015-16 saw him record 12 goals and 34 points in 63 regular season games for the Knights.

After a single season in London he was acquired by the Flint Firebirds on September 29, 2016 and enjoyed a breakout 2016-17 season, tallying 33 goals and 52 assists for 85 points and a plus-13 rating in 60 regular season games. He added four goals and an assist in five playoff games for the Firebirds in last year’s postseason.

“Kole is an elite offensive player in this league and will fit in nicely with our already deep group of forwards,” said Rangers’ general manager Mike McKenzie. “He adds another weapon to our offensive attack and also brings some speed and size to our team.

“We are extremely excited to see Kole in a Rangers uniform and continue his OHL career here in Kitchener.”