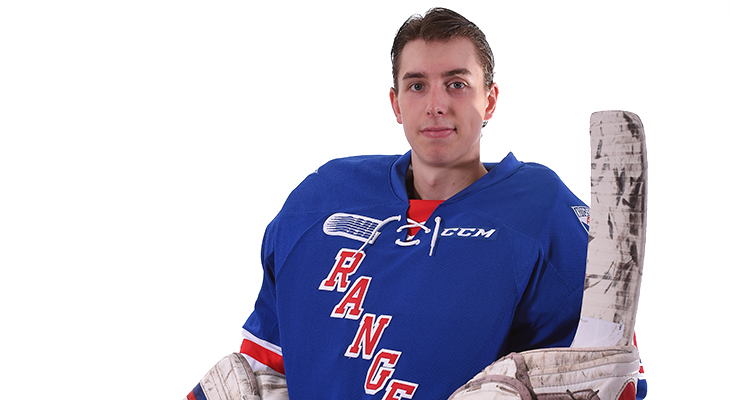 The Kitchener Rangers announced today they have traded goaltender Dawson Carty to the Hamilton Bulldogs. In exchange, the Rangers will receive a 5th round pick (KIT) in the 2018 OHL Priority Selection.

“The Kitchener Rangers would like to thank Dawson for all his contributions – on and off the ice – as a member of our team. He has been an integral part of our recent success, including our run to the second round of last season’s playoffs.

“We wish Dawson the best as he moves on to complete his OHL career in Hamilton.”

Originally a sixth-round pick (113th overall) of the Mississauga Steelheads in the 2012 OHL Priority Selection, Carty dressed in a total of 81 regular season and playoff games for the Rangers since 2014, compiling a record of 42-19-5-4 with two shutouts.