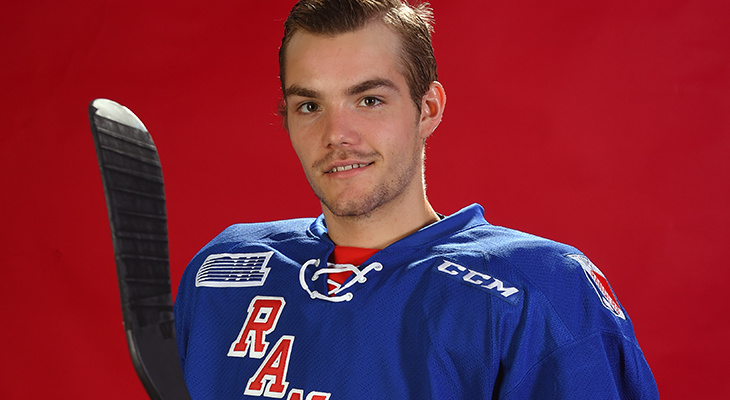 The Kitchener Rangers announced today they have traded forward Jacob Cascagnette to the Mississauga Steelheads. In exchange, the Rangers will receive Mississauga’s 3rd round pick in the 2020 OHL Priority Selection and a conditional 4th round pick (MIS) in 2020.

A Kitchener native, Cascagnette was drafted by the Rangers in the 4th round, 62nd overall in the 2013 OHL Priority Selection. In parts of four seasons with the Rangers, Cascagnette has registered 12 goals and 19 assists for 31 points with 70 PIM in 155 regular season and playoff games, combined.

Cascagnette was voted by teammates as the winner of the Kitchener Rangers’ Most Popular Player Award for the 2015-16 season.

“Jacob is a great competitor, but an even better teammate as evidenced by his popularity among his peers since he joined the team,” said Rangers general manager Murray Hiebert. “Jacob always gave us his best, and for that we appreciate everything he’s done both on the ice and in the community as a member of this team.”

The Kitchener Rangers would like to thank Jacob for all his contributions to the team and the community during his time as a member of the Rangers, and wish him success in his new pursuit in Mississauga.