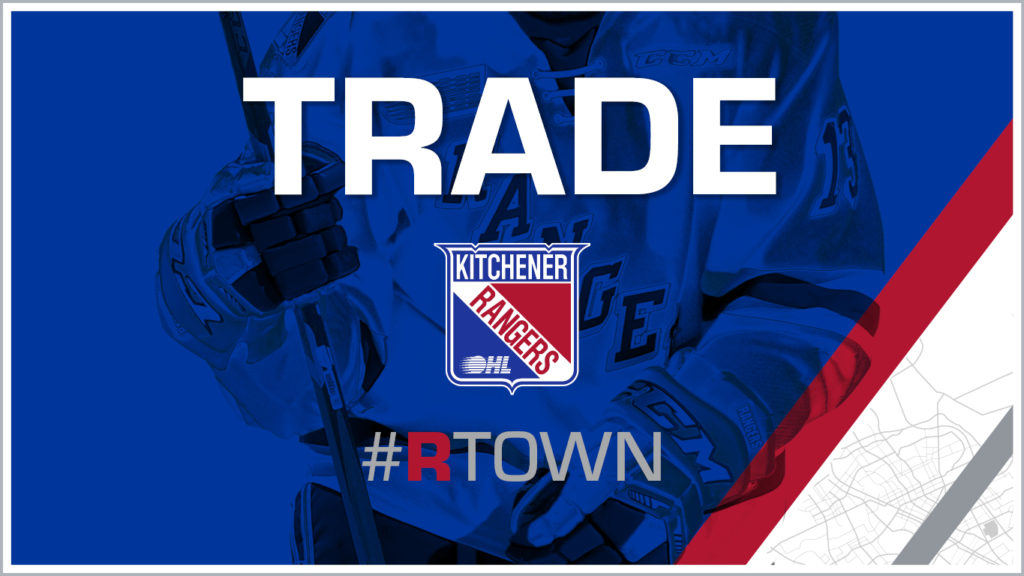 The Kitchener Rangers announced today that forward Nick McHugh has been traded to the Mississauga Steelheads.

In exchange, the Rangers will receive the following:

The 19-year-old forward is in his fourth Ontario Hockey League season, all of which were played with the Rangers. McHugh was drafted by Kitchener in the 7th round of the 2015 OHL Priority Selection. He dressed in a total of 197 games with Kitchener totalling 35 goals and 52 assists for 87 points with a plus/minus of +12 with 111 PIMs.

“We would like to thank Nick for his hard work and dedication over the last four seasons,” said general manager, Mike McKenzie. “He gave everything he had every shift and will surely be missed here in Kitchener. We wish Nick the best of luck in Mississauga.”