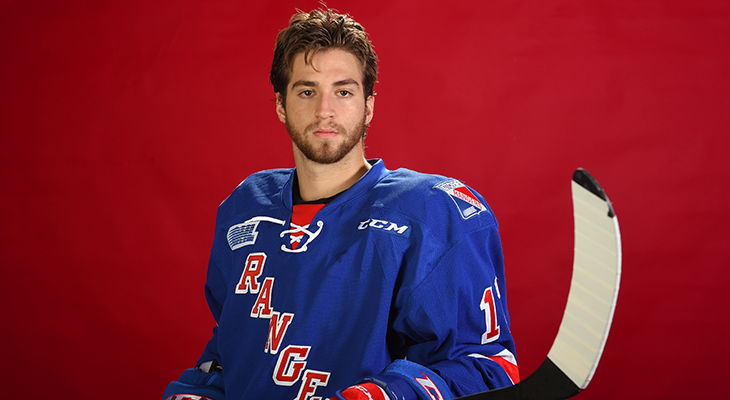 The Kitchener Rangers announced today they have traded forward Mason Kohn to the Oshawa Generals.

A native of Davie, FL, Kohn was selected by the Rangers in the 10th round, 182nd overall in the 2013 OHL Priority Selection.

Kohn was awarded the Jim McGeachie Memorial Trophy following the 2015-16 season for Outstanding Team Effort, showcasing his effort, spirit and commitment to his team.

“Mason is an extremely hard working player on the ice, but he’s also a young man with a lot of heart. He never hesitated when asked to step up and represent our team in the community, which made him immensely popular among our fans,” said Rangers general manager Murray Hiebert.

“We have no doubt Generals fans will quickly enjoy having Mason on their side, as we did for so long here in Kitchener.”

The Kitchener Rangers would like to thank Mason for all his contributions to the organization, and wish him all the best in Oshawa.