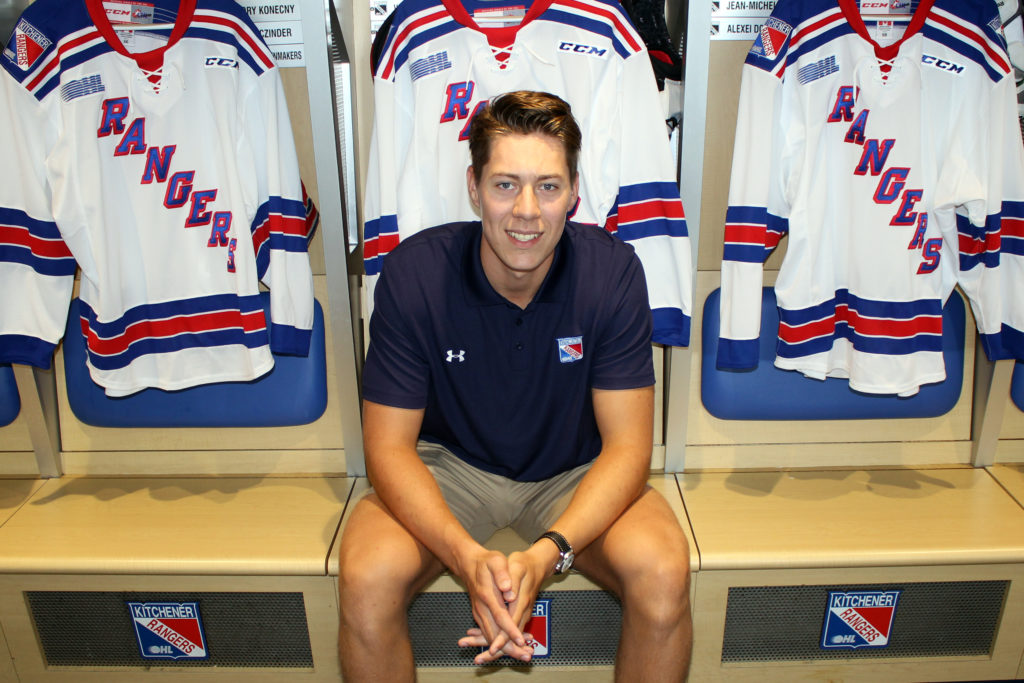 The Kitchener Rangers announced today they have acquired defenceman Logan Stanley from the Windsor Spitfires in exchange for a conditional 15th round pick (KIT) in the 2018 OHL Priority Selection.

Should Stanley return from his NHL club, the Winnipeg Jets, and play one regular season game for the Rangers the conditional 15th round pick will become:

A Waterloo native, Stanley played his minor hockey with the Waterloo Wolves before being drafted in the first round, 12th overall by the Spitfires in 2014. In three seasons with Windsor, the 6’7”, 231 lb rearguard amassed ten goals and 39 points in 163 regular season and playoff games, combined.

He was selected in the first round, 18th overall by the Jets in the 2016 NHL Entry Draft and claimed a Mastercard Memorial Cup championship in May as a member of the Spitfires.

“As a first round NHL draft pick and a Memorial Cup winner, he brings experience and an edge to our lineup that will make an already strong group of defencemen even stronger.

“We look forward to seeing Logan in a Rangers jersey and playing for his hometown team.”