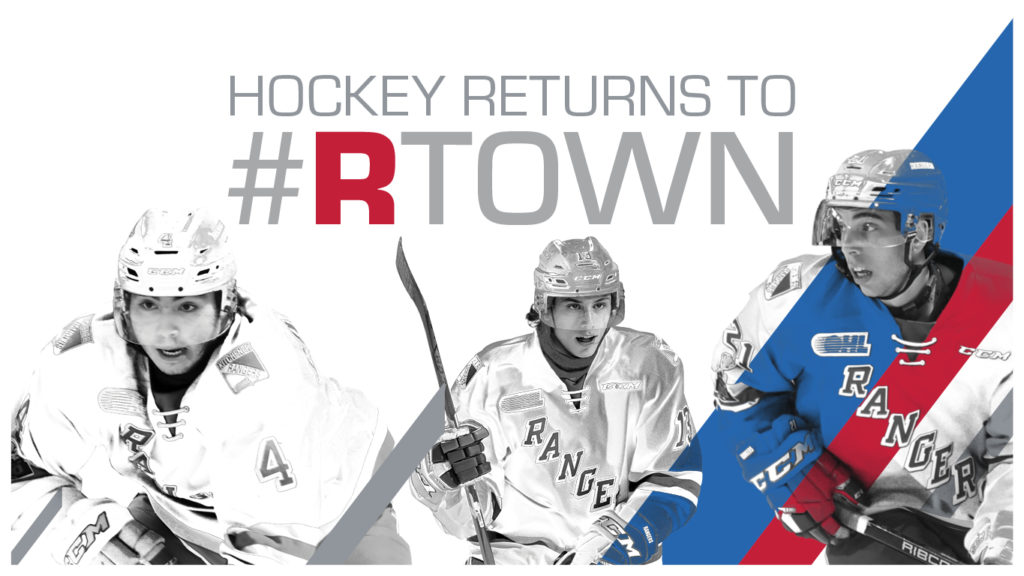 The Ontario Hockey League today released the 2018-19 season schedule, which for the Kitchener Rangers opens with a meeting against the Flint Firebirds at The Aud on Friday, September 21 at 7:30pm.

The team will play a total of five Tuesdays, 22 Fridays and seven Sundays at The Aud to complete their 34-game home schedule.

Among the Rangers’ 34 home game dates, five special event nights have been announced. More will be finalized at a later date:

Unlike last season when the Rangers met the Owen Sound Attack six times before December 28, the Blueshirts will play all eight games against their divisional rival after December 29.

Kitchener will play 11am games in both Erie (November 14) and Mississauga (February 27).

The complete 2018-19 schedule can be found on our website at kitchenerrangers.com under Schedule> 2018-19 Regular Season.

Join in the conversation on all things Rangers via social media by using the hashtag #RTown. Stay connected by following the Rangers on Facebook, Twitter and Instagram at @OHLRangers.

See you at The Aud, Rangers Nation!