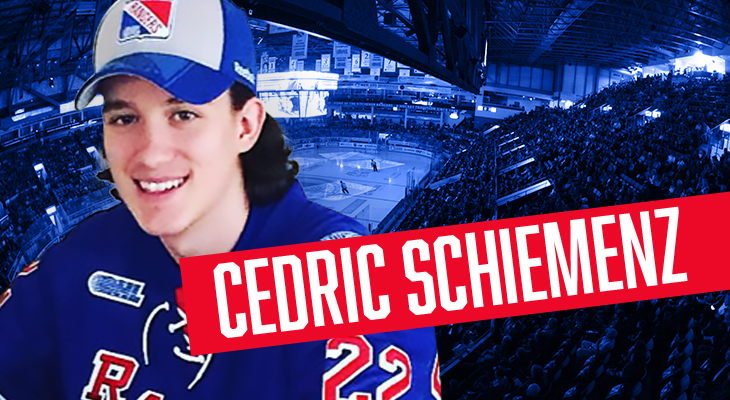 The Kitchener Rangers announced today that forward Cedric Schiemenz has committed to an Ontario Hockey League standard player agreement with the club. Schiemenz was the team’s first round pick (47th overall) in the 2016 CHL Import Draft.

The 5’11, 155lb Berlin, Germany native was drafted from EC Red Bull Salzburg U-18, where he registered 14 goals and 28 points over the course of 23 regular season games, as well as a combination of four goals and 11 points in 13 playoff and tournament contests.

“Our reports on Cedric tell us he is a highly skilled player who plays very strong with the puck and can create offence for both himself and his teammates,” said Rangers general manager Murray Hiebert.

“We welcome Cedric to Kitchener, and look forward to seeing him showcase his talents as he evolves to the game here in North America.”